You normally organize your music by creating folders of songs like latest songs folder, old songs folder, and the like. If you want to play the songs of any specific folder, then select the folder and start playing the songs of the only the selected folder with NanoMusic player for Android. 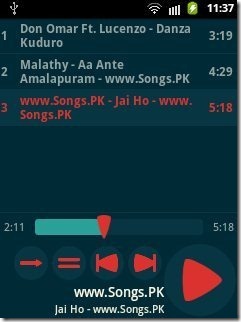 This folder Music Player for Android makes your music browsing easier by making you listen to the music from your favorite music folder on your Android. You can select songs and then add the selected songs to the playlist of your default music player. But, it really becomes a pesky and a long process to add music to the music player playlist. Folder wise listening to music seems to be easy and more enjoyable with NanoMusic Player app.

Note: NanoMusic Player app only allows you to play audio files on Android. You cannot play any video file

How To Use This Folder Music Player App?

NanoMusic is a simple player to use on Android. Just launch the player and then tap on the options menu button of your Android. Now tap on “select music” option from the options menu of the player app. You will see a SD card options and a plus (+) button. Tap on the plus button to open the folders containing audio files which are supported by the player. Audio files supported by the player include mp3, ogg, and FLAC. Select any folder or folders to play the music. Tap on “accept” button and all the songs from that folder will be added to the music player app. Now, select any song and start playing it with NanoMusic app. 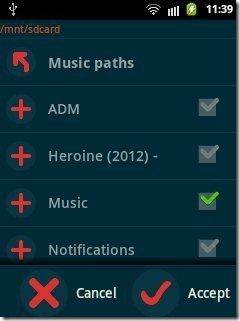 Select multiple folders: You can select more than one folder and play the songs of different folders all together.

Easy to use: The music player app is simple and easy to use on Android.

You can also check out Android music player with lyrics and album art reviewed by us.

Download and install NanoMusic Player app from Google Play Store. You can get the direct download link by scanning the QR Code below. 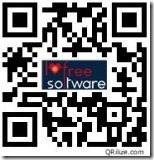 NanoMusic Player makes your music listening a wonderful one on your Android. Now, you can easily make your Android play music from your favorite folder without selecting the next track.