TTPod is a free Android music player that shows lyrics of songs while playing music on Android.  When you start playing a song with this music player, it will automatically download lyrics of that song from the internet, and will show that on screen. Not only that, it will also download the album art, and show that as background. 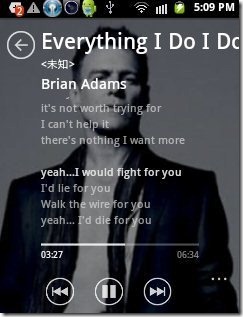 Another good part of this Android music player app is its automatic media file import. The music player imports all the music files automatically from SD card in its music library.

If you want to play music folder wise continuously on Android then you can install Music Folder Player app for Android.

What Is New In TTPod Music Player App:

I liked the app so much that I have set the music player app as my default music player to play audio files on Android phone, instead of RealPlayer for Android which I used earlier.

Login to Google Play Store and search for “TTPod” music player app in Google Play Store. You can even scan the QR code below, if you have a Barcode Scanner app installed on your Android phone. 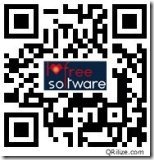 TTPod music player is one of the best music player with almost all the features available to enjoy music. Install it today, and see lyrics of your songs while they play on Android.