Milo the Mosquito is a free Windows 8 strategy game app. It’s a crazily fun Windows 8 strategy game app, where the game objective is to trap the annoying mosquito: Milo, by marking dots, and kill him once and for all. The game is in 2D and checks how good are you in strategy making. The game has easy controls and, is made for all Windows 8 supporting devices. To make the game fun, you can play the game in two modes. The first is Arcade, where you’ll get pre-defined nine game levels, and you have to finish level after level. Whereas, the other is the Free Play game mode, where you’ll get most toughest level, filled with random gaps and marked dots. 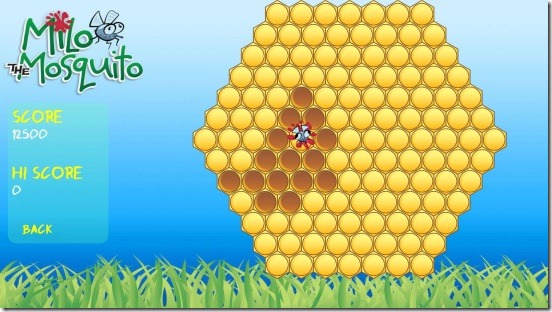 Other than these, the game also has three game difficulty levels: Easy, Medium, and Annoying. Easy being the easiest, and raising the difficulty towards Annoying. The game also saves your best score in the game, and shows it, every time you play the game.

Milo the Mosquito is one good Windows 8 strategy game app, that has the trap and kill type of gameplay. The game looks refreshing and has a good new concept. The graphics are good, and the music does suits the game. Controls of the game are very easy. All you have to do is click. The gameplay is what that makes the game fun and challenging. It makes you use all your brain to trap Milo. The mosquito himself is quite clever. He keeps a constant eye on the moves you make and makes his moves based on the move you took.

Following is the screenshot of two game modes: 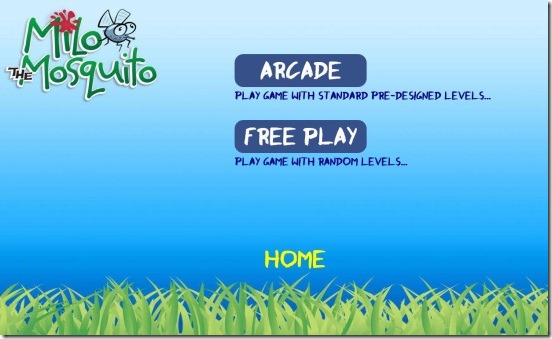 The game runs in offline mode. That is, no need to connect to internet, and you’ll be playing against the computer. So, it’s a fight between you and the machine. Like I said above, the game is played in levels. Each level has a hive, with empty gaps here and there, and also edges. Milo sits somewhere in that hive. What you have to do is, mark the hive splotches with mouse click. Milo can’t pass through the marked splotches, and can only move in unmarked ones. 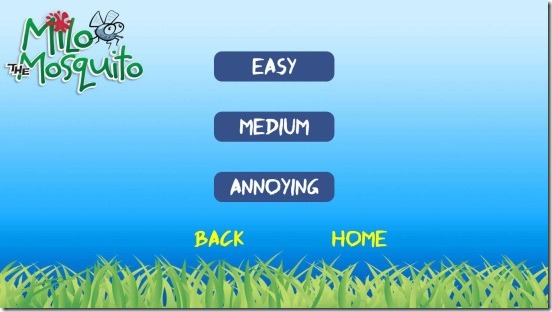 For every single move you make, Milo also makes a move. Simply, mark the splotches, trap him, and kill him. The more quickly you kill him, the more score you’ll get. If you like to really challenge yourself, then try playing in Annoying game difficulty. It’ll become really hard to even trap him. The difficulty only makes Milo smarter; making him take brainy moves. Every single level’s gameplay is different. Good thing about the game is, it saves the best score of all time, and shows it to you during gameplay. So, play the game, to break your own best score. 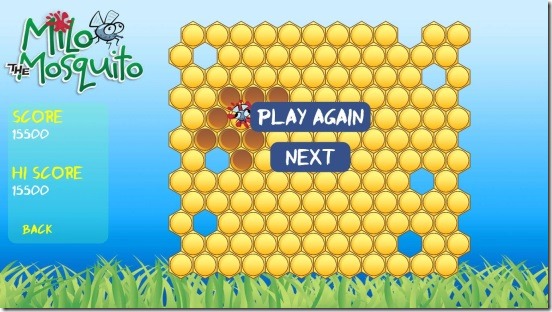 Milo the Mosquito, certainly is a good Windows 8 strategy game app. The gameplay is good, though I wish that it could be a little more interactive. Still, it’s already pretty good in current gameplay. It really challenges you and, grips you for a while. All in all a great game app to play.

Get Milo the Mosquito here.