Radiant Defense, is a free Windows 8 tower defense game app. For, those who don’t know what tower defense game is, well it’s a game type where you have to protect your base, from invading hordes of enemies. So, the game play of this Windows 8 tower defense game app is, you have to protect the hot spiral reactor at the opposite to the vortex; from where the armies of enemies come in waves. And like every other tower defense game, this Windows 8 game app also is more of a strategy game. You can build different types of futuristic weapons and guns, that can kill all the incoming armies before they are able to reach the reactor. Plus you can also build modules (a type of block), using which you can block the direct way from the vortex to the reactor, so that the armies have to travel long route, as per your convenience. And finally you can also build research units anywhere in the modules, so that you can build more advanced weapon systems. 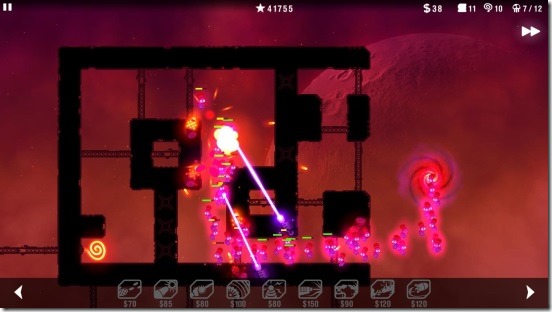 Radiant Defense, without any second thought is a good Windows 8 tower defense game app. It’s fun, addictive, not too easy, interesting, and definitely challenging. It has a really good game play, and really good concept. Well, the backdrop of this Windows 8 tower defense game app is somewhere in the future, where there’s a war going between the humans and aliens. Well the alien commander is trying to invade all the planets and galaxies and now, earth is in his wish list. He sends his hordes of soldiers through vortexes. So it’s you who is a commander, who has to build and set up different types of weaponries at different locations in the playing area and kill all the incoming enemy armies. You’ll be using help of a scientist, who’s an expert of the high-tech weaponries, plus you can also build different research labs and modules to make it harder for the enemies to reach to the spiral reactor, at the other end of the vortex. It’s important to protect the reactor because, if the enemies makes it to the reactor, then the vortex gets completely open and more hordes of enemies attack, and you’ll loose the hard-fought war. 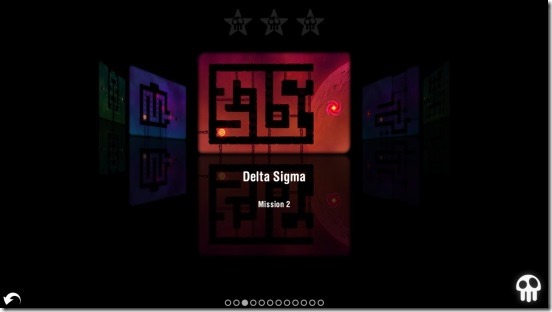 Well, that was the backdrop of this Windows 8 tower defense game. The game’s graphics are pretty awesome, and is filled with colors, and cute characters. The gun fires, characters have the radiant effect. Because of this radiant effect the game is fun playing in dark. The whole game is divided into missions. Besides the tutorial, there are 11 missions to finish. And each mission in turn has different waves. That is the enemy armies hordes comes in different waves, and each wave bringing different types of enemies, some are big-fat and slow, while others are small and fast. And at the end of each mission there comes the boss of each mission. He’s big, strong, have different abilities, and takes multiple shots to die. All these waves and the different types of enemies makes the game fun, interesting and of course challenging. 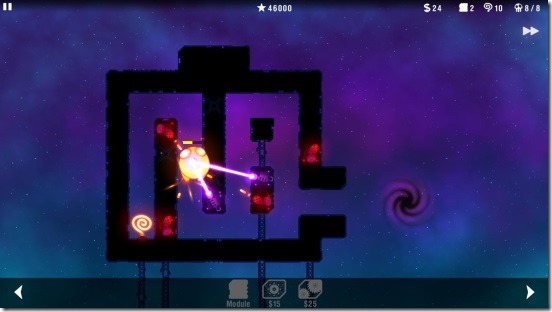 The game controls, are pretty easy. All you have to do is, strategize and then use the different helps that is building modules/research units and placing weapons and then upgrading them, so that you can protect the reactor. A very good thing that I liked at the point of building stuff, is you can do that after completing a wave or during the game play, which is pretty cool. However, for all these weapons, their upgradation, and building research units, there’s a need of money, that all come for a price, depending on the weapon type and fire power. Good thing is that, this Windows 8 tower defense game app tells everything about the game and controls at the beginning, and you can reference back to it any time.

Following is the screen that comes up when you complete a mission: 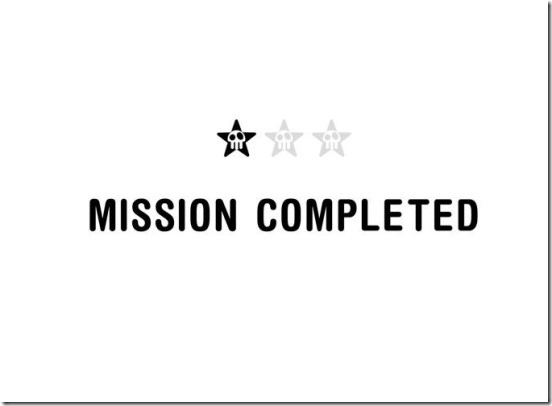 You might also like this action packed Windows 8 zombie killing game apps: Farmkill and Judge Dredd vs. Zombies.