Sometimes, while playing a game, you accidentally presses certain keys that breaks the flow of your game at some interesting point. Pressing wrong keys minimizes your game window and interrupts the whole atmosphere when things are going intense. Here comes this handy software that let’s you disable the action of such keys when they are pressed.

KillKeys has been built with a motive to let you play any game in full screen mode, without having to worry about accidentally pressing certain keys that can interrupt your game. It let’s you turn those keys into dead keys so that when you press those keys by mistake, no action takes place and you can continue playing your game as before.

Apart from that, KillKeys let’s you configure itself to turn keyboard keys into dead keys for Non Full Screen mode as well.

KillKeys disables the Windows key and Menu keys by default, for applications running on full screen mode. You can simply download the executable file from the website and install it in your system. The very next time when you are going to play any game on full screen, just run KillKeys before you start playing. Killkeys will sit in your system tray area and will automatically turn the Windows key and Menu keys into dead keys. It’s as simple as that! Now you can continue playing your game, and even if you press the Windows key by mistake, instead of the CTRL key or ALT key, you will not be interrupted by that accidental key press.

KillKeys let’s you disable more keyboard keys if you want. It contains a configuration file with the name killkeys.ini, which you can open through the context menu of the system tray icon. Here you can specify the hex value of the keys that you want to block. You can refer the MSDN library to find the Hex value of any key on the keyboard.

KillKeys provides separate sections to disable keys in Full Screen or Non Full Screen mode. Let’s have a look on both of them, one by one.

The above picture depicts a step by step procedure on how you can configure KillKeys.ini to block keys in both Full screen and Non Full Screen modes. You can disable or enable Killkeys simply by clicking the system tray icon.

Also check how to control mouse cursor with keyboard. 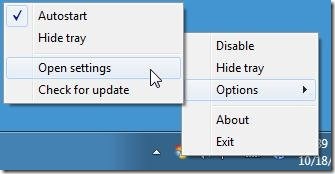 KillKeys is a nice software that let’s you disable certain keys on your keyboard. It let’s you have full control on the actions of your keyboard keys and turn certain keys into dead keys to prevent the applications from picking them up if you press them by mistake. It has been advised however, that you should take utmost care while entering the Hex values of the keys in the configuration file, since wrong values may take KillKeys into infinite loop and results in 100% CPU usage.