I have already detailed earlier that how Cloud Antivirus systems, an entirely new class of AV systems based on the ever growing cloud computing technology, can help in keeping your Computer Systems safe and free of malware, without bogging down the system in the process. I will be reviewing more of these great cloud Antivirus software in my coming up articles. But hey, as I have always maintained, choice is a good thing. And it’s certainly good in case of computing and technology products. Because the more choices users have, the more competitive products turn out to be.

Today, ILFS will be reviewing another great free software, that promises to make your systems safer, and better. Say hello, to Panda Cloud Antivirus. Read on to find out more!! 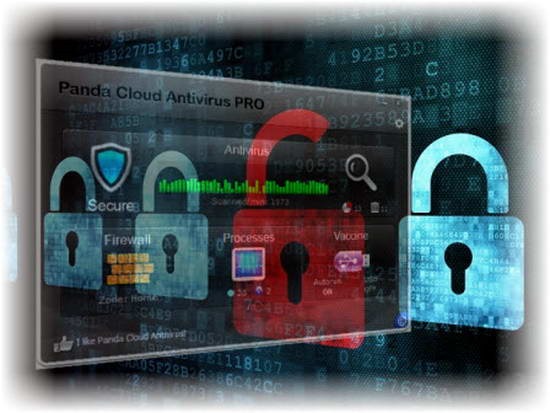 Panda cloud Antivirus is cloud-based in the sense that all of its processing takes place on a remote server. The installation is fairly lightweight in comparison to competing products. Panda Cloud AV is also extremely lightweight on system resources. It has a host of unique features, especially considering it’s a freeware. Some of those features are mentioned below:

Step 1: The first screen after executing the installer allows you to specify the installation location. For most users, default location is good enough. But you can customize it if you want. One more important thing, being a freeware (Although there is a paid PRO version available), Panda Cloud AV includes some extra stuff like a toolbar, which allows you to control the application from a browser. This isn’t necessary, so it’s safe to uncheck it. Although, the other two checkboxes can be unchecked for obvious reasons. 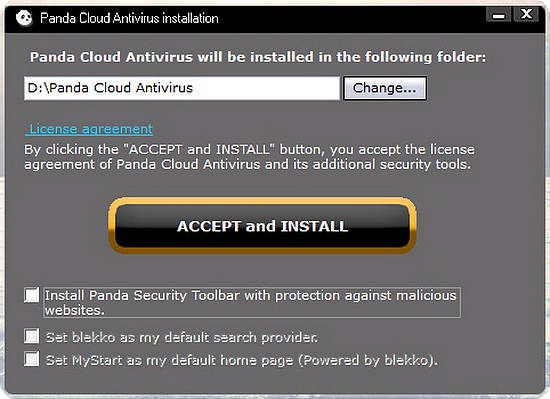 Step 2: After the installer finishes, you’re given the option to opt for Free or Pro Version. Choose “Free Version”, as it’s good for most of the casual users. The PRO version just adds a Network Firewall.

Apart from that, you also have the option to join the community of Cloud users by providing your E-mail and get a free account. But it’s an optional step, and most users won’t be requiring it. 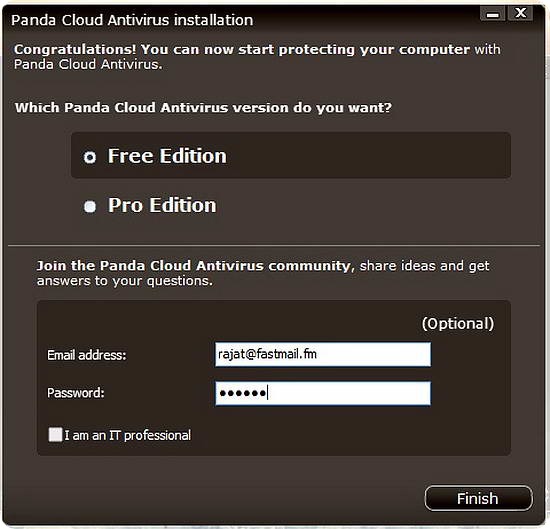 Step 3: That’s it!! We’re done. Panda Cloud AV is now installed and actively monitoring the computer system. Let’s take a look at the main UI of the program. 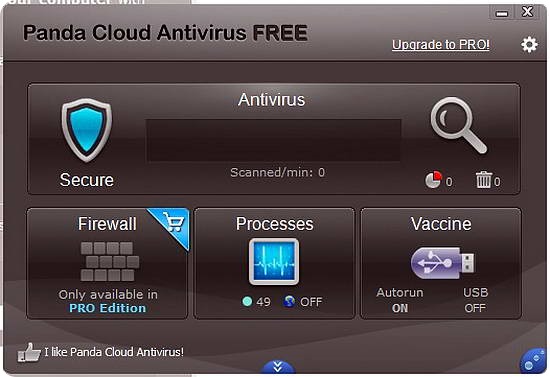 The main UI has three primary components, as mentioned:

Clicking it, the user is presented with a couple of scan options. Let’s select optimized scan. 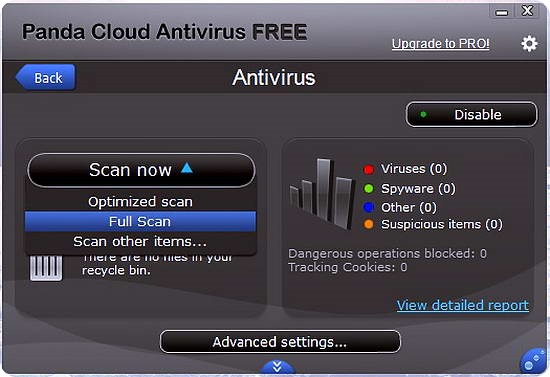 On running the Scan, an activity window appears. It allows the user to monitor the status of the scan, and also the ability to pause and stop it.

After the scan finishes, a detailed report is generated. Needless to say, any threats found during the scan are immediately cleared. 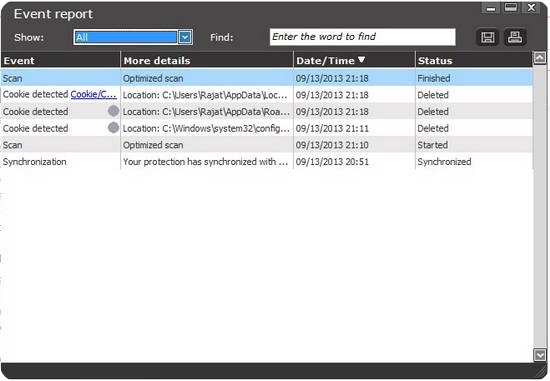 Lastly, the Process manager module gives an overview of actively running processes. The suspicious ones can be manually blocked by the user too. 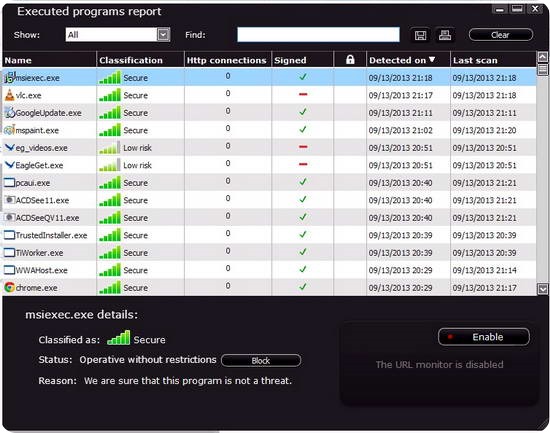 Antivirus applications have been, and still remain a critical requirement to keep computer systems safe from threats and malware. While most of the Computer systems these days are efficient enough to run just about all regular AV systems, Cloud AV systems like Panda show that Antivirus systems can be efficient and speedy at the same time, instead of being the resource hogs that majority of the users perceive them to be. In essence, they just go on to demonstrate the power cloud computing holds for the future of computing technology.

What do you guys think about these Cloud Antivirus systems? Do you use them regularly? How efficient do you find them to be? Let me know your thoughts in the comments below.

Links below to get Panda Cloud Antivirus: