Cartoonist is a cartoon maker tool that is used to quickly turn photo into a cartoon. It also lets you resize photos before saving them to PC. Cartoonist works exactly, like its name suggests, and generates really funny cartoons from photos. It supports all common image formats, such as png, tiff, bmp, jpeg, and gif.

As mentioned above, it can resize images before or after converting photos into cartoons. So, you don’t need to use a separate image resizer software. Unlike other photo to cartoon converters, Cartoonist doesn’t require multiple steps and complicated process to generate a cartoon. All you need to do is use warp option and change warp radius to bring funny changes to original photo, like it is visible in screenshot below. 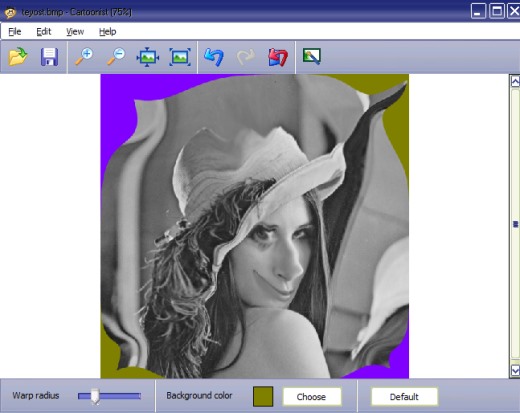 Key Features Present In This Cartoon Maker Tool are:

Turn Your Photo Into A Cartoon Using Cartoonist:

To turn your photo into a funny cartoon, you need to download Cartoonist. Its download link can be found at the end of this article. Its total size is around 9 MB, so it won’t take much time to complete the download. But at the time of installation process, you need to be bit careful. 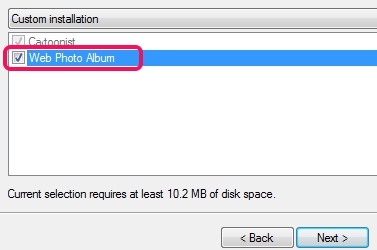 After this, you will be able to bring changes to the photo using warp option. Warp is simply used to twist your photo from different areas. Just place mouse cursor to a particular part of your image and drag mouse from start to desired end. 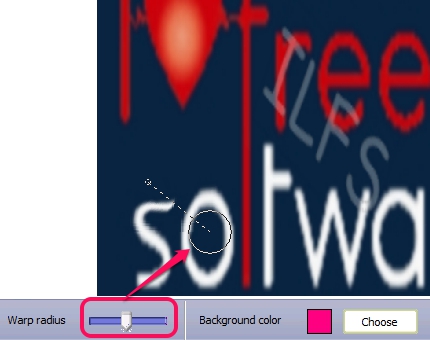 You can also adjust the radius of warp by moving the slider left to right. Change warp radius accordingly and convert photo into cartoon. After you are satisfied with the changes, you can save output cartoon, and can share it with friends to social networking sites, like Twitter, Facebook etc.

Cartoonist is really a nice tool to easily convert photos into cartoons. Try it yourself to generate professional looking funny cartoons.