Here’s a list of 4 free media center software for Windows 10 which can be used to turn your Windows 10 powered device into a media center. These applications will allow you to view your TV shows, movies, homemade videos, pictures, play music and any other type of media that you can think of. Some of them even support TV/radio tuner cards, which then makes it possible for you to watch terrestrial and satellite TV channels.

Let’s dig in and see just what exactly it is that’s available when it comes to media center software for Windows 10. 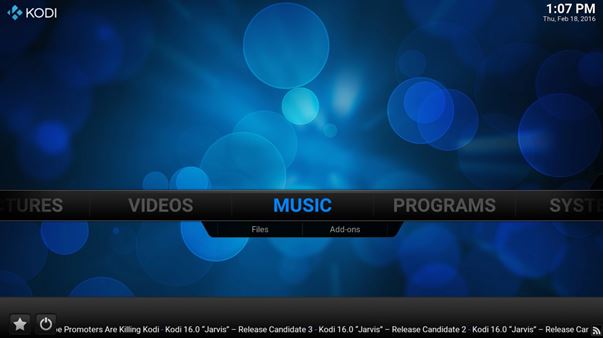 First up is one of the most famous media center software out there, Kodi. It works not just on Windows 10, but also on Linux, Mac OS, Android, iOS, Raspberry Pi, BSD and more. It’s available on pretty much every platform out there.

Kodi supports majority of audio, video and image formats. Media can be pulled from local storage, network attached storage or streamed from the web. Basic functionality offered by Kodi can be expanded through the use of plugins. There are plugins for video services like YouTube, Netflix, Hulu and about a hundred others. One of the more interesting plugins would be subtitle downloader, which automatically looks up and downloads subtitles for the videos you’re watching. Most of the plugins can be downloaded directly from the Kodi website. Rest are available through third party repositories. Interface look and feel can be changed with themes. Available themes can also be browsed and downloaded from within Kodi itself. Media info like titles, cover art, descriptions will be automatically fetched from the web. 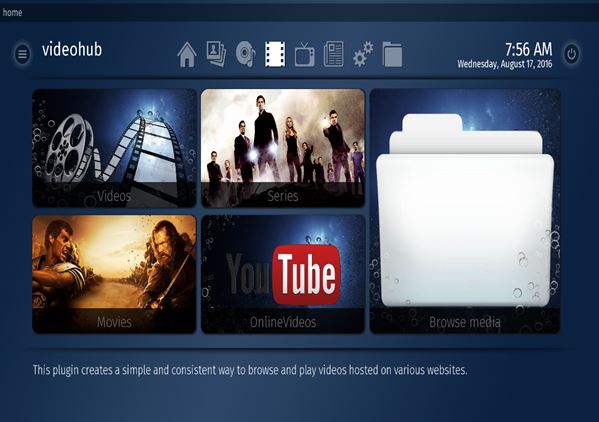 MediaPortal is a great alternative media center software for Windows 10. It has a lot of similarities to Kodi, but it’s wrapped up in a simpler package. Initial menu shows you the usual options for accessing movies, TV shows, online video streaming services and a shortcut for directly loading files into MediaPortal.

Toolbar up top has the rest of the shortcuts for things like TV/radio work modes (if you have hardware support for those), audio CDs, images gallery. There’s even a news/weather feed, where you can add and keep track of RSS subscriptions. A special functionality found in MediaPortal is a separate media server mode, which lets you run a media server in the background. With the media server you’ll be able to run and share your media library to other devices on the local network.

Also have a look at MediaPortal: Free Replacement for Windows Media Center. 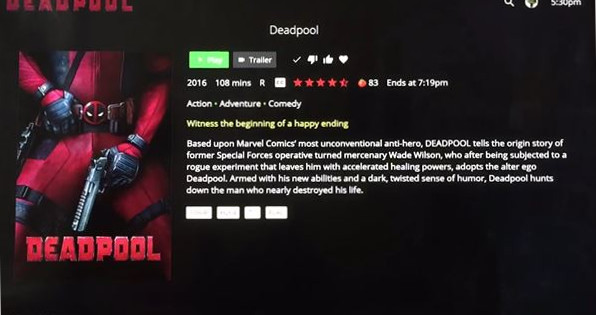 Emby is a media center software that also comes in a client-server package, just like MediaPortal. The one difference between the two would be that Emby puts extra focus on the server side of things. It can be used to easily manage your media library, movies, TV shows, image library you name it. Built-in scraper will look up media info, cover art and add metadata so that everything is displayed nicely when viewing the library on client devices.

Now Emby does have it’s own media center client application for Windows 10, which can be used to access media stored on the server. It’s called Emby Theater. Versions of the client app also exist for Android, iOS, Apple TV, Chromecast, Roku, Xbox One, Xbox 360, Samsung Smart TVs, Windows Phone and there’s also a Windows app. It’s available pretty much everywhere. With these client apps, you can stream media stored on the central server using the local network. What’s great about Emby is that it also has a client plugin for Kodi, so you can use Emby as a media server and Kodi as the media player if you don’t like the client app offered by Emby. More advanced features can be unlocked by paying for a license, like more advanced media scraping, cloud media syncing, folder syncing, etc. 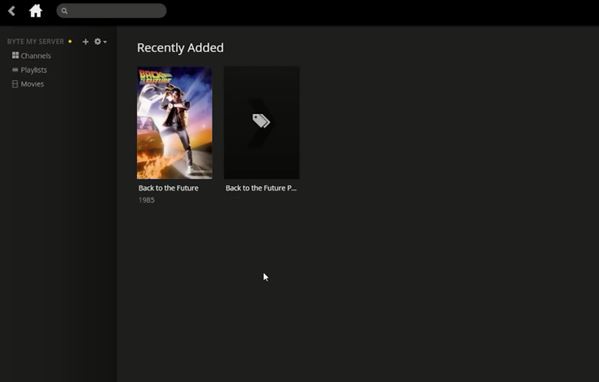 I’m finishing this list with another very popular client-server media center software. You can use it in the same manner like Emby. First you install the server component, load your media library which you can then access from a wide range of devices using the client applications.

Plex client apps are available on pretty much every platform and device out there. A total of 17 different apps, for different devices are available. Wide range of media formats are supported. Videos, music, images, you name it. A Plex addon exists for Kodi. It’s called PleXBMC and it will allow you to manage your media library with Plex server as the backend while using Kodi for browsing and viewing the content. Majority of features offered by Plex are free. More advanced features are available, (like cloud syncing and streaming of the media library) but you will need to create an account and switch to a paid subscription to use them.

Also have a look at PLEX: How To Setup Plex Media Server.

I’m a huge fan of Kodi and I use it on a daily basis, so if you’re in the market for a media center software on your Windows 10 powered device, I suggest that you give Kodi a try. Plex is great as a media server, and if you need a more advanced media server manager, maybe a combination of Plex and Kodi with the PleXBMC plugin is the thing you need. Let me know what you think by leaving a comment down below.