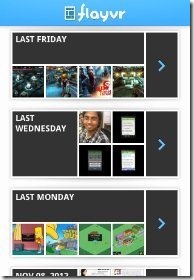 This iPhone gallery app gives you a new way to switch from your old camera roll to a new beautiful photo gallery. The app developers have also mentioned that the app supports videos too. The app also organizes all the videos which are in the camera roll on your iPhone. But, at the time of testing this iPhone gallery app, I did not find the videos imported in the app. Only the photos were imported in the app in beautiful album format.

All the albums in the app are in thumbnail view. You can easily scroll the albums in upward and downward direction and all the photos in your new iPhone’s photo gallery. Moreover, Flayvr app also allows you to share any album via email, Facebook, Twitter, and more. The app sends the web link of that album. Just click on the link and you will find the album shared in the same view as it was on your iPhone. 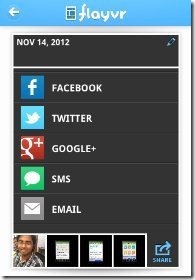 You can check out photo sharing apps for iPad reviewed by us.

Hit here to download and install Flayvr app from Google Play Store. You can also scan the QR Code below to get the direct download link of the app. 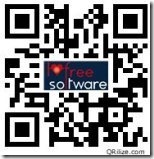