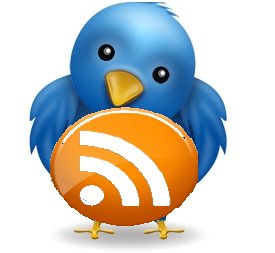 We discovered Dlvr.It quite recently, and absolutely love it. This is the best free RSS to Twitter service. It lets you create automatic rules around which posts you want to send to Twitter, add automatic hashtags to tweets based on category and author of posts, and much more. You can even use it to automatically post RSS to Facebook and Myspace.

Dlvr.It is completely free, and you can configure multiple RSS feeds with it. This comes especially handy if you manage multiple websites. This will let you choose which RSS feed should go to which Twitter account.

TwitterFeed used to be my first choice as RSS to Twitter app, until I discovered Dlvr.It. In fact, I am using TwitterFeed to publish RSS feed of this blog to my Twitter account. It is very easy to configure, and is totally free. As is with Dlvr.it, it also lets you add hashtags to your tweets (I add #freeware). It also lets you add multiple RSS feeds, and post them to one or more Twitter accounts.

So, if you do not like Dlvr.It for some reason, TwitterFeed is a good second choice to publish RSS feed to Twitter.

Ping.Fm is another service that lets you automatically post RSS feeds to Twitter. It actually supports posting RSS feed to many social networks, like, Twitter, Facebook, LinkedIn, Tumblr, Identi.ca, and more. It allows you to publish only one RSS feed. However, there is a way to publish multiple RSS feeds too. Just add all the RSS feeds to Google reader, and provide username of your Google Reader to Ping.Fm. It will then pull items from all the feeds, and push them to your social networks.

I have listed Ping.Fm at #3 as this feature was disabled for quite some time, and was enabled back again recently. So, I am not sure if this will remain on permanently. Check out Ping.Fm.

All these applications let you easily post RSS feed to Twitter. These come very handy for bloggers. If there is some RSS to Twitter service that we forgot to cover, do mention that in comments.