iTube Radio is a free Android Radio App that lets you browse through thousands of stations and listen to your favorite songs. This app lets you listen to good quality songs when you are connected to Internet.

This fantastic android Radio app also automatically saves the songs on your phone, simultaneously, as you play them. That means you can listen to the songs afterwards without even being connected to the internet. You can also make playlists and make a favorites list. 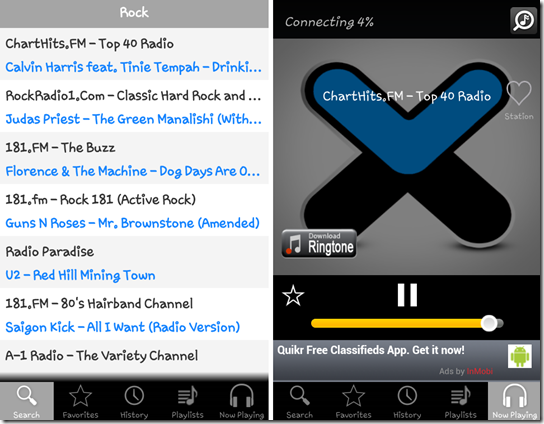 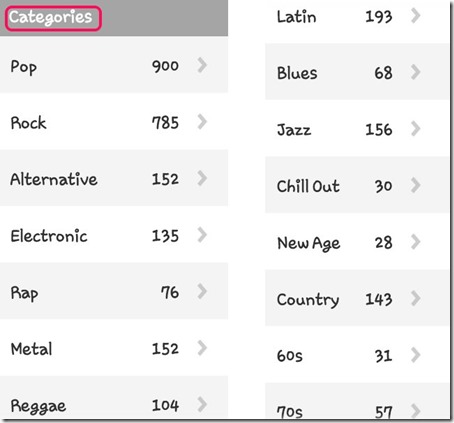 Also try this amazing app to listen to Radio podcast on Android devices.

How to Use iTube Radio for Android:

Download the app from Google Play store by using the link or the QR Code given at the end of this review.

Open the app on your Android phone. You will see the categories for stations that you would like. The categories include Pop, Rock, Jazz, Electronic, Rap, Metal, Latin, Country, and songs from other centuries. The app also has categories based on languages like German, Hindi, French, Chinese and many more.

You can simply tap a category and a list of all the appropriate stations will be displayed. The name of the song will also be displayed with the station name. So, you can play the station that is playing your favorite song right at that moment. Isn’t that great? Simply tap the name to start listening to the song. 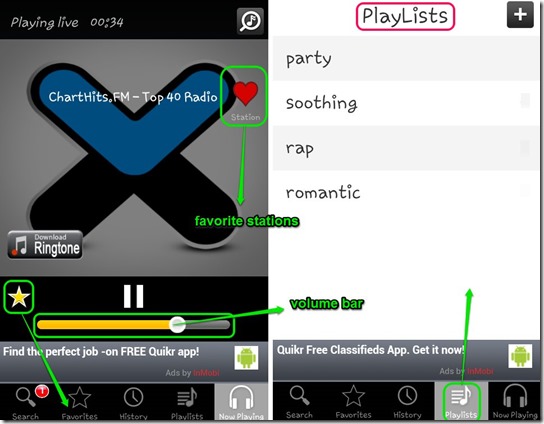 The songs that play in this app automatically gets saved on your phone. you have the option to save these songs on your SD card directly. So next time if you want to hear the same song, you can directly play from SD card, instead of steaming from internet.

This Android Radio app also lets you a make playlists and add suitable songs to them. You can add a new playlist by tapping the Plus icon on the top right corner of the screen on the Playlists tab.

iTube also lets you like stations. You can add the song to the favorites list by tapping the Star icon to make it turn Yellow. Volume can also be adjusted from the app itself by sliding the volume bar to decrease or increase the volume.

iTube Radio app is a great app to listen to songs on Radio. The best thing about it is that it automatically saves those songs. What more can you ask for? It is a must-try app.

Get iTube Radio App here or scan the QR code given below with a Barcode scanner to get it directly on your Android device..