Widget Lock is a free Android app to enable widgets on Android lock screen. This Android Widget Lock app is really a nice app that lets you select widgets and enable them even if your Android phone is locked.

Update: (July 17, 2103) This app is no longer available in Google Play Store. You may check out Widgetsoid2.X app for Android reviewed by us. 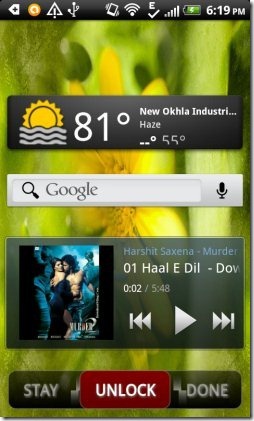 Widget lock is a nice application when you want to see important information like stock quotes, current weather or news if any, pending unread emails, and the like. However, you can easily set any widget of your choice, but the app is best for the one who want to only view important information without unlocking the Android phone. We all know that Android devices do have the functionality of smart pattern lock. It becomes a bit pesky process for the users who have set the their pattern lock a bit tricky. You can easily select the widgets which can give you important updates with ease on your Android lock screen itself.

Actually, this Android Widget Lock app does not replace lock screen. The app just covers your lock screen with another screen showing you all the widgets which you have selected. Also, due to the way the Android system is designed, it might be a possible that the widget screen does not display instantly. If you are turning off your screen and then rapidly turns off, it might be a possibility that you get your default lock screen instead. 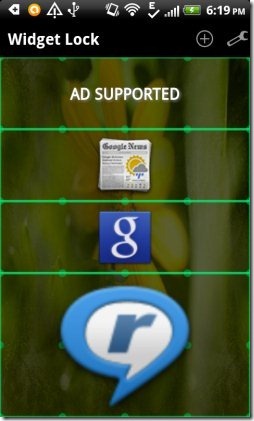 How To Enable Widget On Android Lock Screen?

Also, check out the post on Data Counter Widget app to monitor internet usage on Android.

Click here to download and install Widget Lock app from Google Play Store. If you have a Barcode Scanner, then scan the QR Code below and get the direct download link. 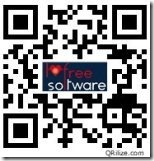 Widget Lock makes your work easier by giving all the important information above your lock screen itself. Save the time to unlock your tricky pattern lock to get the updates. Just tap on the widget directly from your Android lock screen and start using it on your Android.