3D Car Race, is a free Windows 8 racing game app. As the name suggests, the game is in 3D and is all about car race. It’s a fun and engaging Windows 8 racing game app, where you’ll compete against the players from around the world. The main objective of this Windows 8 game is to reach to the top of the world leaderboard. In each race you’ll challenge another racer and if you’ll manage to beat him/her then your rank in the world leaderboard moves up, and you’ll get to challenge the next higher racer. This is all about the game play. The game also lets you paint your car and give it a personal touch. 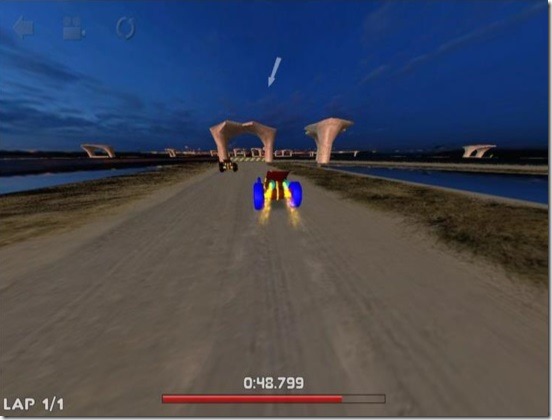 So download this kick ass Windows 8 racing game app, challenge rivals from around the world, and get to the top in world leader board.

Race online against rivals around the world in this Windows 8 racing game app:

3D car race, certainly is a good Windows 8 racing game app. It’s functional, works good, the controls are easy and there’s a good sync with controls keys and actions in the game. And above all it’s a 3D racing game app against players around the world. The graphics are fine. And background sound does it’s job well. However it’s the gameplay of this Windows 8 racing game app, that is going to keep you occupied in the game the whole time. You get to race against the racer who has one rank higher than you in world leader board, one on one. This does sound bad ass. And, there are lot many racers already playing the game, so there’s a lot to race and win them. 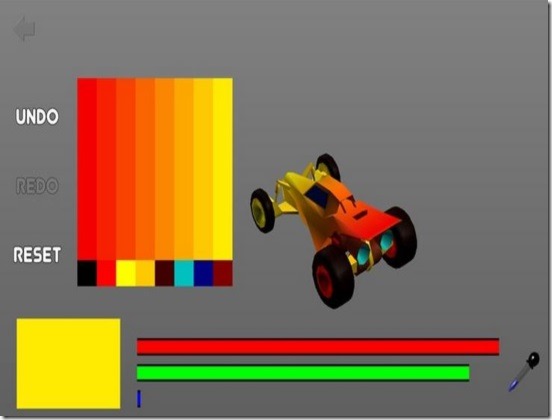 But before going to any race, this Windows 8 racing game lets you to custom paint your car. The car looks like a derby race car. Simply click on Car Paint button in main screen, and you’ll get navigated to a car painting screen. There are color panels using which you can custom paint your car. Once done, simply click on Back arrow button at top left corner of the screen, you’ll get to main screen again. Simply click on Play button to get to a race. The controls are pretty easy. Here are the keys and their respective actions W or Up arrow to use nitro booster, A or Left arrow to go left, D or Right arrow key to go right, and S or Down arrow key to hit break. The initial races has only 1 lap, however as the game progresses and your rank rises, the laps also increases. 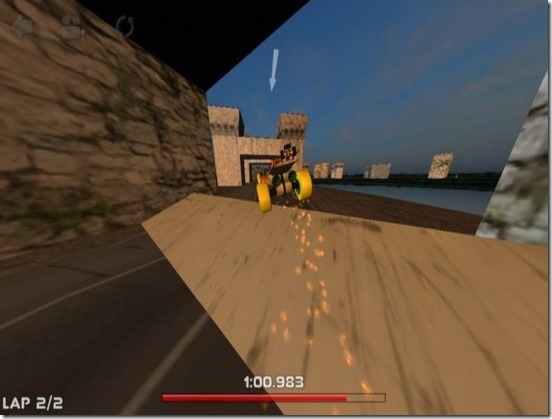 Each race is pretty interesting and challenging. During a race you’ll get multiple nitro boosters, which you can use to beat your opponent. but you have to be careful with them because they do get all used up, and you have to grab another one to use it again. Also there are some good steep curves in the track, so if you run too fast then you’ll drift out of the track, and it’ll take a lot of time to get back to track again. A really cool thing about the game is, at time the car does fly, it has wings attached to it. 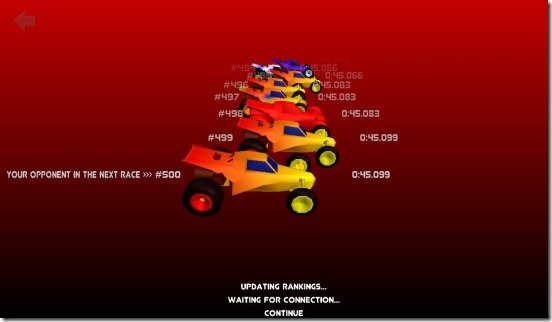 If you are into more racing games then you might also like these free Windows 8 racing game app:3D Boat Race, AE 3D Moto – The Lost City, and Running Dude.