Another interesting feature of this subtitle merging software is that it can even translates subtitles to other language and then merge it with the original subtitle if you want. However, the translation feature didn’t work for me. 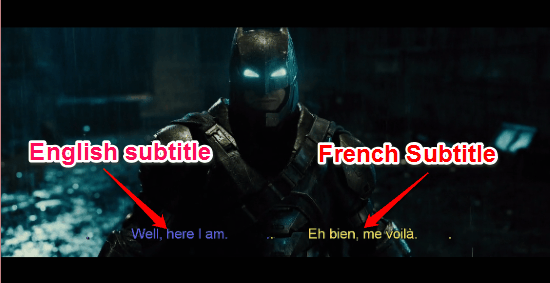 How To Merge Subtitles of 2 different languages in 1 Subtitle file:

DualSub is an open source software that can easily merge two subtitle files. Apart from Windows, it can also be downloaded for Linux and Mac OS X. After installing this software, you just need to feed two subtitles of the same video in two different languages and simply click on Merge option. And like that you get your merged subtitle. You also need to fill Screen Width, so that DualSub can easily adjust the layout of the two merged subtitles on the screen. DualSub lets you choose the color of subtitles, font of subtitles, and subtitle sizes according to your wish. You can also choose a vertical or horizontal layout for your subtitle. 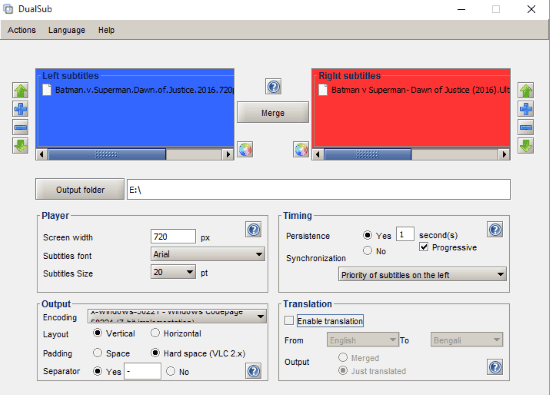 Sometimes it happens that you are unable to find a SRT file for some video in two different languages on the internet. Then also, you don’t need to worry as DualSub has the option to translate  subtitle from one language to another. For that you just need to select a subtitle from your PC and choose its language and then choose an output language for which you want this translation to happen, and then click on translate option. DualSub also has the option to translate subtitle and merge the original subtitle and the translated subtitle. But unfortunately, even after waiting for a long time, DualSub wasn’t able to translate any subtitle from my PC to a chosen language while testing. If you also face similar issue, you can use Subtitle Translator to translate subtitles. 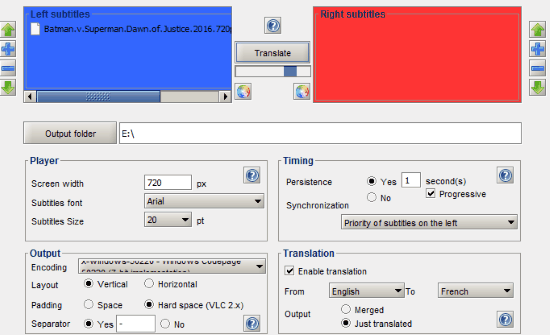 I find this software very useful as it makes pretty easy the seemingly difficult process of merging subtitles of 2 different languages in one subtitle file. Its translation feature would have made it even more awesome, but unfortunately that didn’t work for me. Nevertheless, the software works well for its main task, and I am sure many of you will find it useful.