Spotify Recorder is a free Spotify recording software for Windows which you can use to record music that’s streamed from Spotify. It catches music that’s streamed by recording desktop audio. To do this you’re gonna have to enable the Stereo Mix feature of Windows which allows you to record audio output (sound that you hear on your speakers), as if it were your microphone.

On the image down below you can see the interface that you get after you run Spotify Recorder. This is a portable application which doesn’t require installation. The only thing that you need to do before recording songs from Spotify is tweak the settings at the top. As the songs are played, you’ll be recording everything that comes out of speakers, provided of course that you’ve activated the aforementioned Stereo Mix feature. 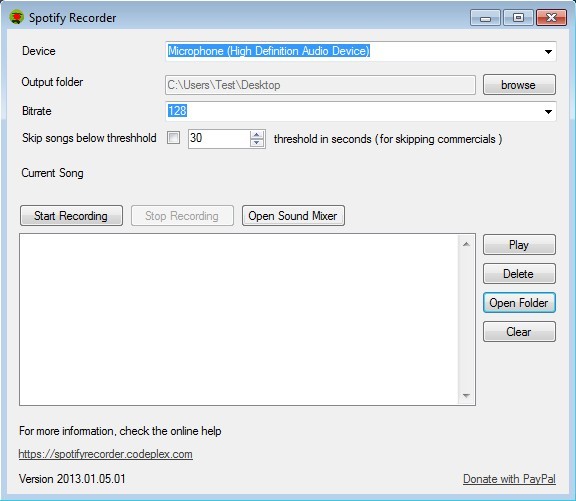 Spotify is an online database of music where you can listen and manage for free your very own music collection. Unfortunately, music streaming is only available for free accounts, so if you would like to listen to your music offline, you can’t. This free Spotify recording software changes that. Before you proceed with using Spotify Recorder, we must point out that its legality is questionable, so proceed with using it only after you’re sure that you’re not breaking any laws of the country where you live. 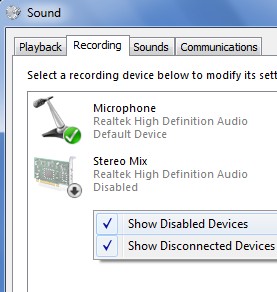 First you need to enable and activate Stereo Mix. This can be done by opening up Control Panel >> Hardware and Sound >> Manage Audio Devices. Once you’re there, open up the Recording tab, right click anywhere and then select Show Disabled Devices. Stereo Mix option should crop up. Now you just need to enable it. 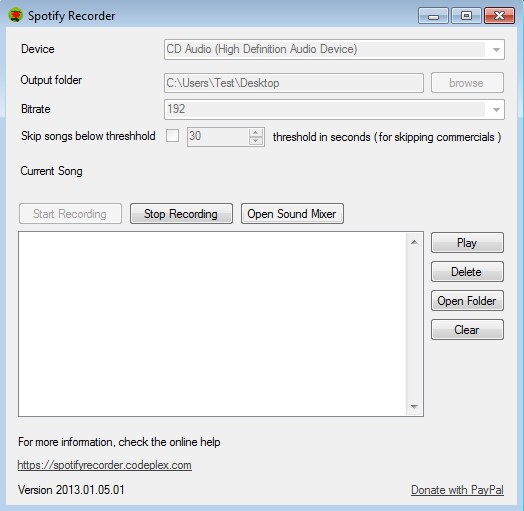 Next you need to open up Spotify Recoder, change the Device Drop down option to the activated Stereo Mix. Hit the Start Recording button, optionally go over quality setting, change output directory and so on. With activated recording, you can start playing the song on Spotify. It’s gonna be captured and recorded to the designated output directory, from where you just have to pick it up.

Spotify Recorder might be a bit more complicated to setup, there’s several steps through which you need to go, but they’re not too difficult. This free Spotify recording software is not guaranteed to work with every hardware, there’s a warning on its homepage. It’s possible that you come across some problems using it in which case it’s best that you consult the documentation and that you report your issue straight to the developer. Give it a try and see how it goes.