Filp4Mac is a free media player for Mac OS X which enable your Mac to play WMV and WMA that are annoyingly not supported by Quicktime.

This version is complete rewrite of the original software. Flip4Mac now includes option to install Microsoft Silverlight, so you can enable Silverlight playback on your Mac. But I did not install it; who needs Silverlight. Hey, Microsoft stop pushing unsuccessful stuff around (I guess they are stopping already). 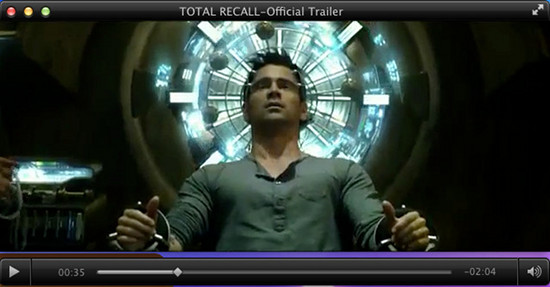 To play WMV files format the most common solution is to install applications like Flip4Mac, VlC media player or plugins like Perian. However each one of these solutions have its own advantages and disadvantages. Here we are going to go through the features of Flip4Mac and how its enables us to play WMV on Mac.

The application is a complete media player and also add plugins to the QuickTime player which enables it to play WMV on Mac. The application had to abandon the older version of the operating system and from now only supports Mac OS X 10.7 and above, plus you need a 64-bit Mac for Flip4Mac to work.

One thing that I really like is that application does not obscure the playback with controls. The playback window and control window are separate. When you leave the player for a while the controls disappear like the QuickTime player, which looks really cool.

Best thing about this WMV player for Mac is that it is officially supported by Microsoft. And is one of the best solutions to play WMV on Mac OS X.

How to install Flip4Mac:

To download the Flip4Mac click here. After the download is completed, double click on the downloaded file and this open up the installer as seen below. Now install the one as pointed out in the screenshot below; if you are interested in SilverLight playback you can install the other one too. After the installation you will be able to play WMV on Mac OS X. 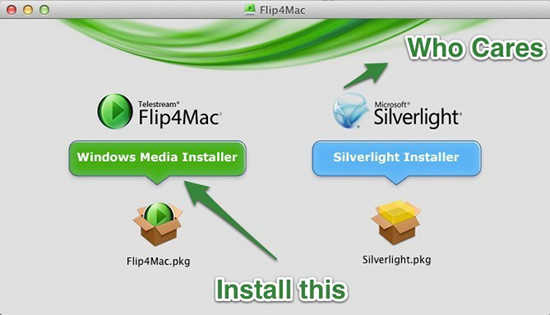 Feature of Flip4Mac (Play WMV On Mac And More): 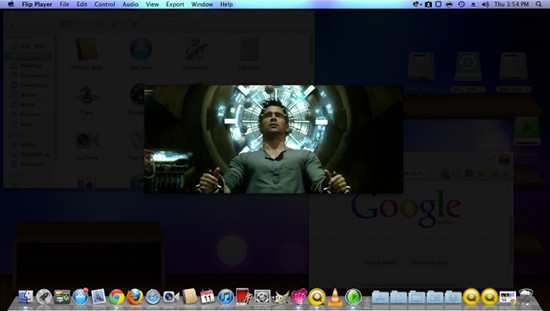 The verdict is simple and straight forward: this is one of the best solutions, if you want to play WMV on Mac, so download this application and use it. Plus Flip4Mac can play many kinds of other ormats and covert the videos, so that you can you can play WMV on iPhone, iPad, iPod, and Apple TV.