HandBrake is a free video converter for Mac OS X. This application is open source and it allows you to convert videos from one format to another. You can customize the formats according to your needs, but the application has a set number of presets for devices like iPhone, iPod, Android, and Apple TV. This makes it easy to directly convert videos to device specific formats. 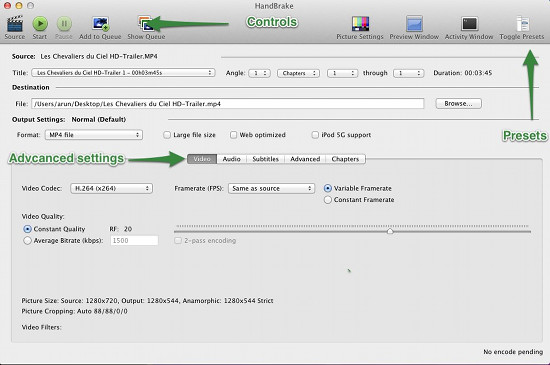 HandBrake is especially useful if you are trying to play non-Quicktime formats on Mac, and do not have a media player like VLC or Movist. In such cases, you can just use HandBrake to convert your media to one of the supported formats, and enjoy that on QuickTime.

HandBrake is a free and open source application, which can be downloaded by clicking here. This application (the lastest one) only works on Mac OS X 10.6 and above. The latest version of this application only works on 64bit Mac as pointed out by the screenshot; there is no option for 32bit download in the download section on the official download page. The application is around 7.5 MB, this is really amazing, I don’t know how they managed to put so much functionality in such a small application.

How to use HandBrake for Mac OS X:

To open up HandBrake find it in the Application folder and click on it. HandBrake will open up with a dialog box prompting you to select a file as shown in the screenshot below. 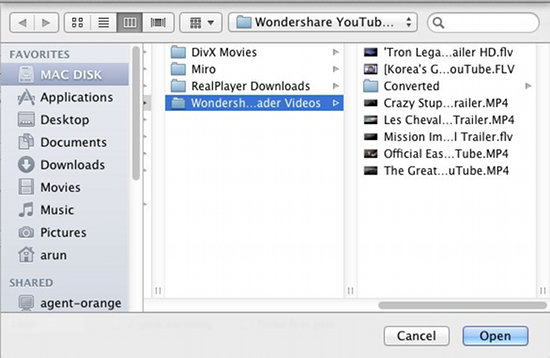 So as per your requirement select a file and then you will be able to see the interface as shown in the first screenshot. From there you can do all the changes that you would like to do, such that the output appears according to your needs. If you want to use the presets then click on the preset button as seen in the screenshot below. 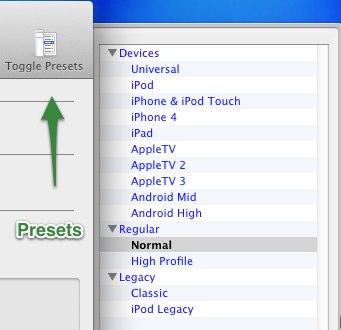 From here you can select what kind of output that you need to, so that the video works on other devices. Plus one thing that I liked about this application is that you can even add more presets.

To start the conversion just click on start, which is pointed out by the controls arrow in green as shown in the first screen shot. From here you can control the output quality and type with ease and simplicity. When the conversion is in progress, you can see the total progress in the dock icon for HandBrake, this little feature is quiet helpful as it allows you to be informed without opening the application. 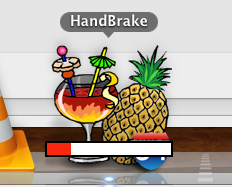 The conversation will take time according to the size of the files. Anyway, when this video converter for Mac has converted the video, it pops up a dialog box. I converted a HD video (iPod Touch cannot play HD) using the iPod touch preset and the video flawlessly worked as seen in the image below. Sorry for the crappy quality, my LG sucks :P. At last the application supports file formats like: MP4, MKV, MPEG-4, H.264, Theora, etc. 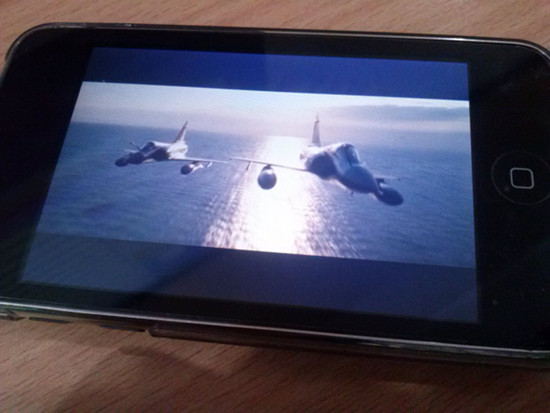 HandBrake is a free video converter for Mac that supports many common formats and devices. And you can use its simple interface to convert files without any problem, or you can get dirty and tweak the video and presets according to your needs. In simple words the application is made in such a way that it will be liked by a newbie as well as a power user.

While converting a video I did not encounter any problems and everything moved along smoothly.  Also I did not notice any lag in the software as well as on my computer while HandBrake was converting a HD video.