Here’s a list of 5 Google Chrome screenshot extensions which you can use to create screenshots of entire web pages. If you ever found yourself in a situation where you needed to take a screenshot of a lengthy web page, where there’s a lot of text for scrolling you probably know how difficult it is to do that with standard screenshot tools that people use like the Print Screen button.

Screenshot extensions available in the Chrome Web Store can help you do just that. They work from inside Google Chrome so they can easily capture an entire web page at once. 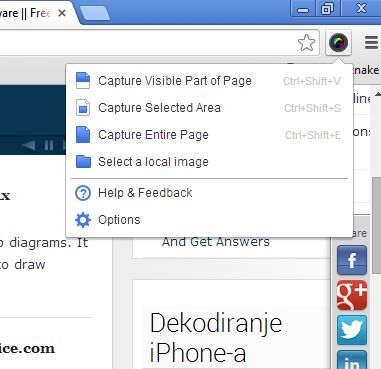 We’re starting things off with Awesome Screenshot, which really is very awesome. It comes with several different types of screenshots that can be created.

You can see them on the image above. Left click on the extension icon presents you with a list of screenshots that can be created. You can capture visible part of the page, selected area or the entire page, which is what we’re after. 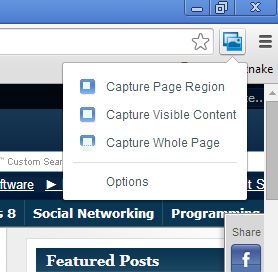 The next screenshot extension that we’re gonna be talking about was created by Google itself.

Again you get three types of screenshots, visible content, custom selection of the page or full page screenshots. They will become available depending on what kind of website you have open. 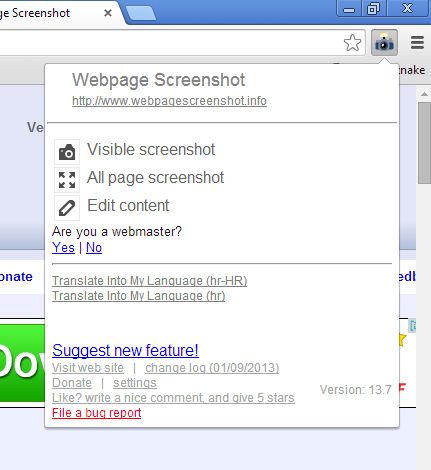 Webpage Screenshot works similarly to the previously mentioned screenshot extension for Google Chrome. The same three types of screenshot can be created with one very important difference.

Webpage Screenshot has a lot of advanced settings that you can change like file type selection (you can save image as PNG or JPEG). If you want you can add an footer and header. Screenshot delay is also supported and more. 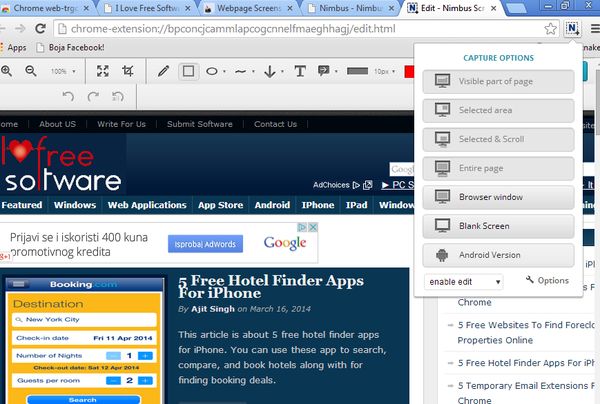 On top of having pretty much all the same functionality of the previously mentioned screenshot extensions, Nimbus also comes with a full-featured image editor where created screenshots can be edited right away.

You can see it in action on the image above. Screenshots are created the same way as before, by left clicking on the top right corner extension icon. 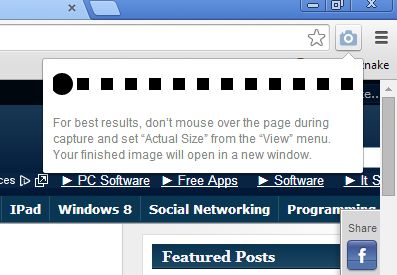 Full Page Screen Capture is for those who aren’t interested in any kind of advanced features, just the basic full page screen capture.

After left clicking on the top right corner extension icon screenshot of the entire webpage is taken right away. That’s the only type of screenshot that this extension supports. Newly created screenshots are open in a new tab.

There’s a lot of extensions for creating screenshots of entire web pages that can be found in the Chrome Web Store. These are just some of the more interesting ones that we found. Keep that in mind if you don’t like any of the screenshot extensions from the list above. We suggest that you start with Nimbus, because it has the most interesting set of features. Try them all and let us know which you think is the best in the comments down below.