Here’s a list of 4 Chrome apps which you can use to explore the solar system. By showing fun and interesting info about our solar system to your kids you can get them to be more interested in science.

Instead of talking about formulas and equations, give them a 3D tour of the Sun to peak their interest.

Let’s see what we found in the Google webstore. 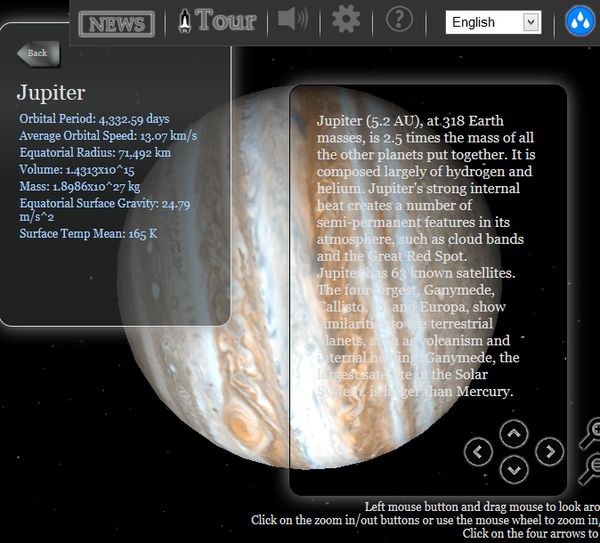 In the introduction we mentioned a 3D tour of the Sun and right away we’re gonna talk about an app that can help you do just that.

It’s not just the Sun that you’ll be able to tour, but actually the entire solar system. Use the mouse scroll wheel to zoom in on the planets. Hold down left click and move the mouse to rotate the view on both y and x axis. Bottom right corner additionally has panning buttons. Double click on an object and you’re taken to it right away and you’re also gonna see info about the selected object posted, see image above. 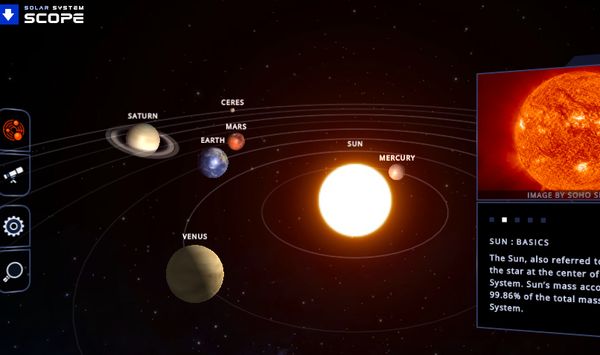 Presentation here is much better, but you get less info about the selected celestial bodies. With 3D Solar System Simulator you can also view constellations, manually move planets throughout their orbits, and view some lesser known objects of our solar system, like dwarf planets, asteroids, etc. 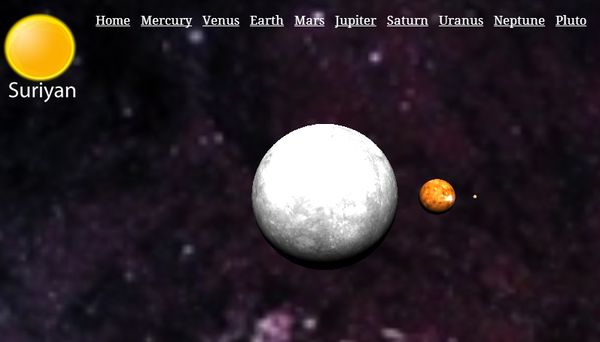 Unlike the two apps for solar system exploration that we covered until now, Suriyan is much more simpler.

For starters theres no info about the planets and other celestial bodies from the solar system. Click on a planet name from the top left corner takes you to that planet from where you can keep track of the planets orbital position. 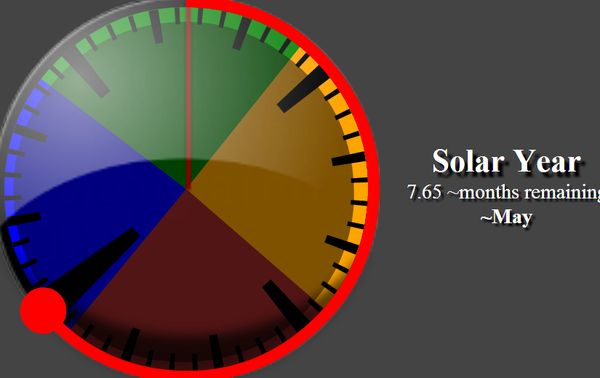 Solar Year Disk is a bit of a different solar exploration app than the three that we mentioned until now.

What Solar Year will let you do is find out in what season we currently are and it does this using a disk. Disk is very similar to a clock, to be honest. Hover your mouse over the dials and you should see either time of the solar year spent or time of the solar year left. What kind of info you’re gonna see depends on where on the disk you decided to point your mouse. Hold down CTRL while hovering your mouse over the disk, and you will see more detailed info about the “solar year” and where in it we currently are.

3D Solar System Simulator is our favorite app from the list above. It does offer less info about the solar system than 3D Solar System Web, the first app from our list, but it’s much more polished. Give them all a try and learn something new and interesting about the solar system. Leave comments down below and share your experience or suggest a solar exploration app for Chrome, in case we missed any.