Here’s a list of 5 flute apps for Android which you can use to play the flute on your Android devices. By simulating music instruments on Android you can’t expect to have the same music experience like you do with real instruments. Despite that, instrument simulators are a great way how to have fun on your smartphone or tablet.

Let’s see what kind of flute apps we have available in the Google Play Store. 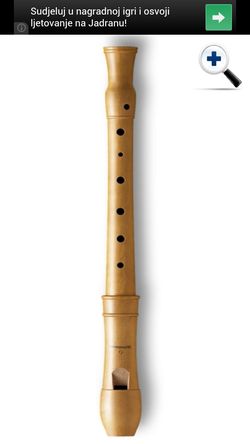 Virtual Flute is very simple and very easy to use, as it can be seen on the image above.

After running the app you’ll see an image of a flute and that’s it. Tap on the holes of the flute to start playing the instrument. Every time that you tap on a hole of the instrument that note is gonna play. As you move on to the next hole a different note plays and so on. 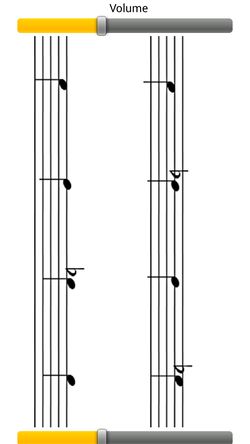 Instead of having an actual flute for the user to play on, Virtual Flute 2 uses a note sheet. This gives you the option of having a wider selection of notes to play with. Volume can be adjusted and the other slider at the bottom is for switching between the page of notes that are available. To play the flute, just tap on the note. 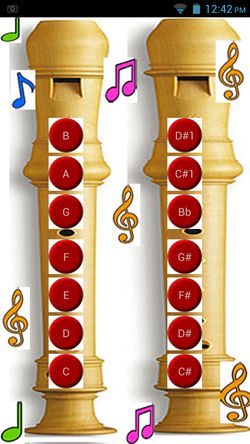 Real Flute comes with a display where you can see two flutes, side by side.

Having two flutes gives you more notes to play with, but what’s more interesting about Real Flute is that this is a multi touch app. Being multi touch means that you can tap on several of the notes at once, giving you more realistic flute experience. 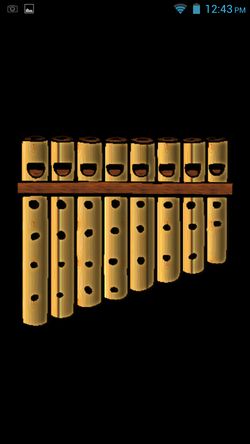 Pan flute is a special type of flute, if you’re not familiar with it, you can see it on the image above.

Multi touch is also available here. Multi Touch makes Pan Flute a very fun app to play with. Pulling your finger across the holes of the pictured instrument makes it sound as if you’re actually playing the instrument using your mouth. This might be closest that you can get to a realistic flute app for Android. 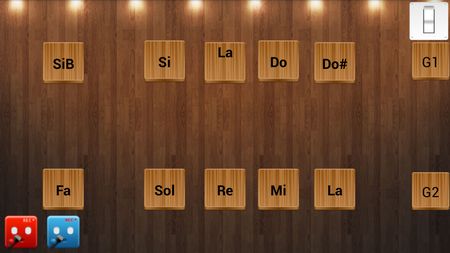 Yes, this flue app again only has notes instead of an actual flute with holes. Interface is nice looking, with a wooden type of design. Two rows of notes are present. Reed Flute has support for recording, you can record the tunes that you play and replay them later on. Switch in the top right corner turns off the lights and darkens that display.

We enjoyed playing with Reed Flute and Pan Flute the most because like we already mentioned these two are very realistic and closest to the real thing. Try them and all the others from the list and let us know what you think in comments down below.