Here’s a list of 5 word game extensions for Google Chrome which you can use to play word games when you need to take a break from browsing the web. Word games aren’t only good for fun, they can also be used if you’re trying to learn English, or if you’re just trying to get better at it. Every time you play a game, not only you’ll get to kill time, but also get better at English, what’s more could you ask.

WordIt is a word puzzle game extension for Chrome where the goal is to drag letter tiles around the playing grid and set them up to form actual words. 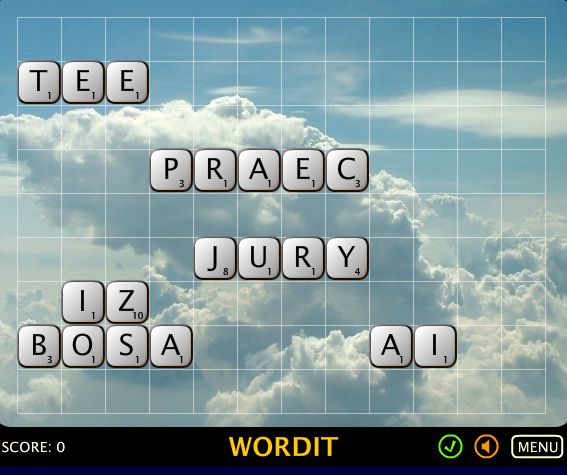 Letters will at first of course be scrambled, nonsensical, and you will need to organize them all so that each letter is used to form a word of the English language. Each letter needs to be used up, you can’t have any leftovers, and only when you have all the word setup will you be able to move to the next level. Each new level has more letters and is more complicated to find all the words.

Great Big Fancy Word Game is a word learning game that’s aimed at kids. Notice that it has coloring book type of graphics where funky looking characters are guiding the little ones through words of the English language. 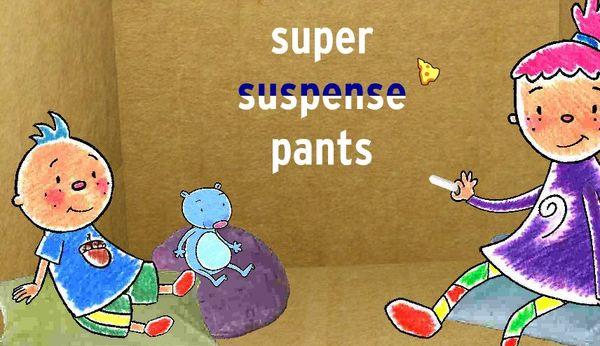 There’s an entire story that needs to be gone through, and every time a new word is discovered, like pants, dinner, suspense, supper the story will be paused and words will be explained slowly and in great detail by those same characters. You learn how the word is pronounced, what does it mean, etc.

Word Games App should be installed by those who aren’t exactly sure what kind of word game extension they are interested in. With this single app, you get access to dozens of different word games. 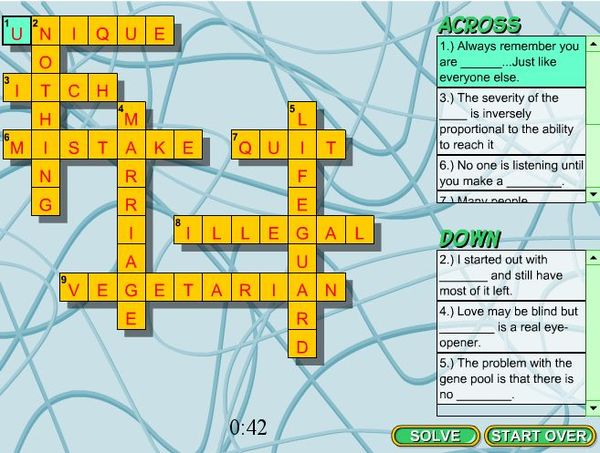 Image above shows a crosswords puzzle, but there’s lots of other word themed games out there. For example you get to Tetris, where falling bricks are letters, connect the dots where you need to connect words, etc.

Word Joust is a vocabulary training game extension where first you’ll be offered a list of words, and then asked what those words are in a quiz like manner, see image down below. 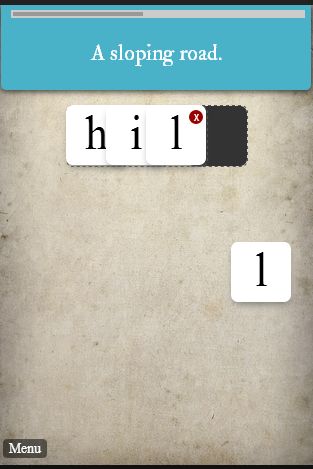 At the top you’ll see a definition of a word and then you’ll need to use the letters down below to spell out that word. With this word game extension you learn not just words but also spelling and proper pronunciation. Get Word Joust.

Crossword Puzzles were saved for last because they are a great way to have fun and at the same time how to also test everything that you’ve learned using the word game extensions mentioned until now. 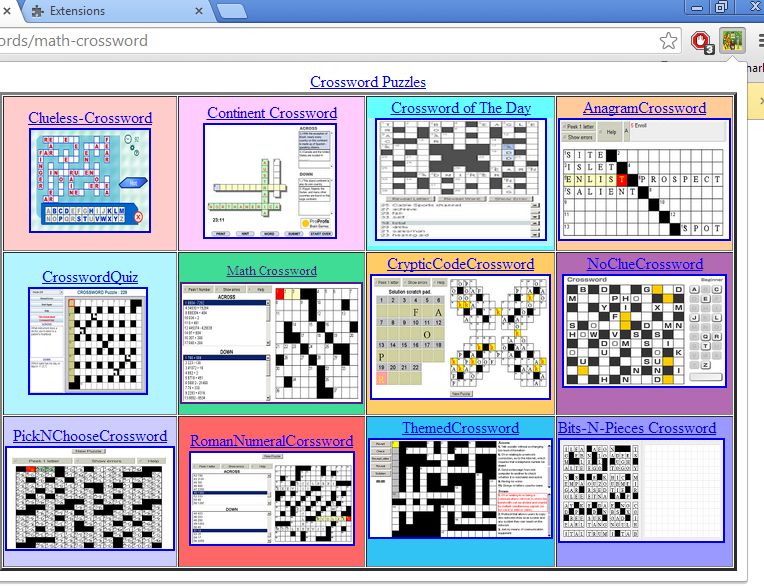 Lots of crosswords are available, including math crosswords where you need to solve math (roman numerals for example) to solve the puzzle.

Picking a favorite word game extension from those listed above isn’t easy but I give Word Joust a slight advantage over all the others, because it’s the most effective way how to learn words, in our opinion at least.