Here’s a list of 5 free CCTV camera viewer software for Windows 10 which can be used to view video feeds from security cameras that you have setup around your home, business, lake house, you name it. This can be cameras connected via ethernet, wireless, USB, capture cards, etc. 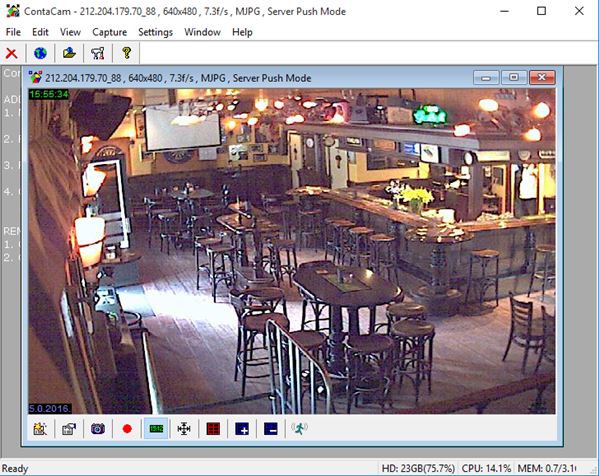 ContaCam is a free CCTV camera viewer software for Windows 10. It supports cameras connected via pretty much all the known protocols, USB, network, capture cards, etc. Notice that I said cameras, as in plural. Multiple cameras can be tracked at once. After launching the application you’re going to see an empty main window.

New cameras are added by selecting “Capture” from the toolbar up top. Each configured camera gets its own window within the main window. Controls at the bottom of camera viewing window allow you to quickly record video, take snapshots, open the viewer in fullscreen, access settings, etc. Other more interesting features include motion triggered recording/snapshots, email notifications, etc. 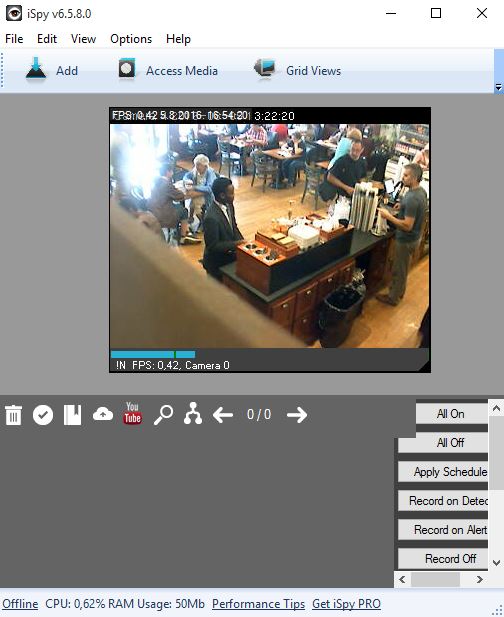 Only an empty main window can be seen after launching the application. New camera feeds are added by clicking on the “Add” button from the toolbar up top. Camera setup wizard is available for those who are less experienced. Advanced mode is also there for those who know their stuff and want to do things manually. Right click on a camera window to access its settings. Image quality, video codecs, everything is configurable. More interesting features include support for moving the camera (if it’s a movable camera), microphone support and speaker support, so you can both listen and send audio to the camera. Other features are available, but a paid subscriptions is needed to unlock them.

Also have a look at iSpy- Free Motion Sensing and Sound Detection Software. 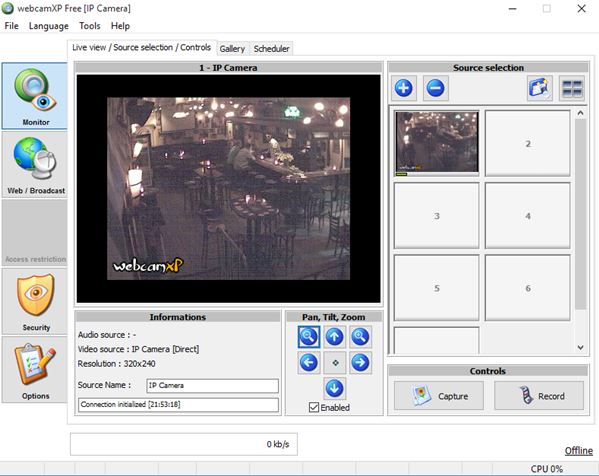 webcamXP Free is another advanced CCTV camera viewer software where multiple cameras can be setup and tracked at the same time. I really like the UI design offered by webcamXP Free. For example, Right sidebar has a thumbnail preview of setup cameras. Right click on an empty thumbnail to setup a new camera.

Network based cameras, and local cameras (USBs, capture cards) are supported. Image snapshots and video recordings can be created either manually or by setting up motion/audio triggers and also by scheduling recordings. If you don’t want to record, application also supports email alerts if triggers (motion, audio) are activated. Recordings that do get made can be uploaded online to a server via FTP or HTTP. Other features include CCTV broadcasting and live chat (using third-party chat service). 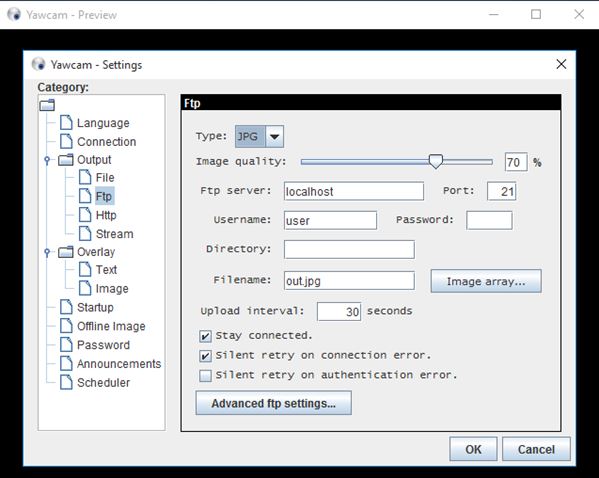 Yawcam is a bit more simplistic CCTV camera viewer software for Windows 10. Even though its simplistic, there is still a decent number of features that are available, including motion detection, photo/video recording, FTP/HTTP uploads of recording, local camera streaming (to the web) and more. Other more interesting features include text/image overlays (for logos), scheduling, and more.

The reason why I said Yawcam is simplistic is because of its interface. Even though it’s possible to track multiple cameras, you don’t get to have a grid layout with their thumbnails like in webcamXP Free or iSpy. Preview windows are scattered all over desktop and I wasn’t able to setup every camera that I tested, some of them reported errors so keep that in mind. I really liked the console window functionality that’s available, where errors will be reported if any errors are encountered during camera setup. Application can be minimized to system tray when not needed, so that its not in the way. 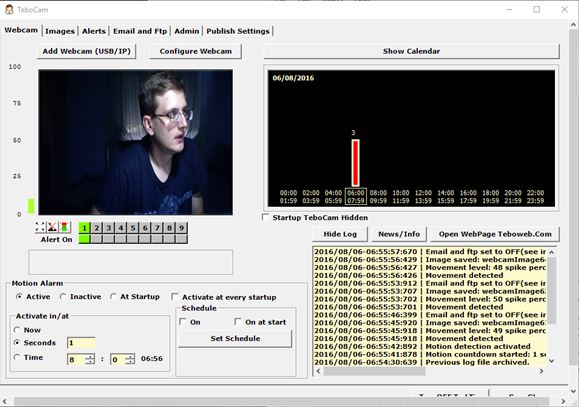 TeboCam is a feature rich CCTV camera viewer software for Windows 10, which supports too many to count interesting features. For starters, the interface is very easy to understand. Click on the “Add Webcam” button to add cameras that you’d like to track. Cameras can be USB or network based cameras.

Usual set of features is available, motion triggered photo snapshots/video recordings, recording scheduler, email notifications, web uploads of the recordings, etc. Something that makes TeboCam stand out a bit, in my opinion, is the live camera activity tracking, which will display, by the hour, motion detected in front of the camera. Check it out in action on the right-hand side of the screenshot above. There’s even a graph that displays the hourly breakdown of activity.

After testing over a dozen different CCTV camera viewer software for Windows 10, I was able to scrounge up these 5 which work properly, without errors or glitches. I personally like them all, but especially ContaCam and TeboCam. These two are feature rich, but also very easy to use. Let me know what you think by leaving a comment down below.