This tutorial will explain how to restrict Android phone usage to just phone calls and directions. There is actually a free Android app called “NoPhone” which can be used to do the same. After installing this app on your phone, you can replace the home screen with this app and then it will restrict you to only make phone calls and see directions in Google Maps. That means all the other phone features and apps will be blocked from usage. It even has a built-in task manager where you can create and manage simple tasks as checklists.

Nowadays, the life is somewhat easier for people because of smartphones, as you can do tons of important tasks on the go, like send messages to loved ones, book a ride, check social media for day-to-day happenings, and so on. But, the smartphone also has a major disadvantage i.e. wastage of time. I personally spent hours on my phone either browsing through social media or playing games, and sometimes doing nothing except wasting time by looking at the phone screen :). So, to avoid these and focus on what matters, you can start using this simple yet meaningful app to restrict your phone usage to making calls and checking navigation only. 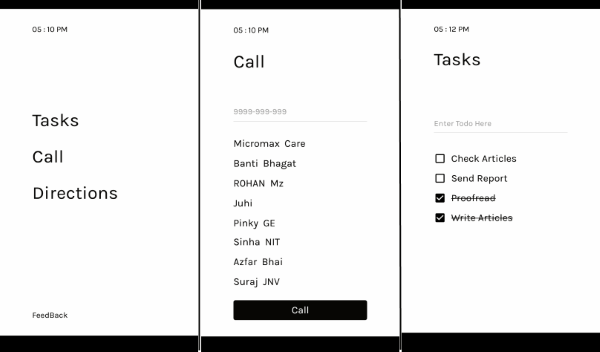 How to Restrict Android Phone Usage to Just Phone Calls and Directions: 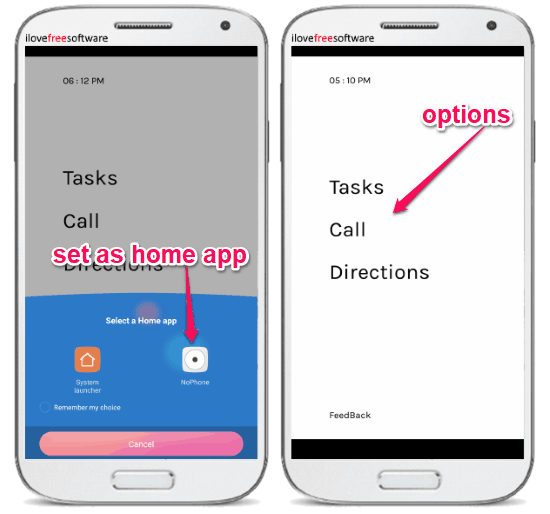 After that, you can see only three options on the screen named, Tasks, Call, and Directions. The app will restrict you to use only these options to create tasks, make calls, and see directions in Google Maps.

Now, to make a call, simply tap on the “call” option and then it will show you all your contacts in a white clean screen. You can choose any of the existing numbers or enter a new one and then hit the “Call” button at the bottom to make a call. You can also receive phone calls from others. 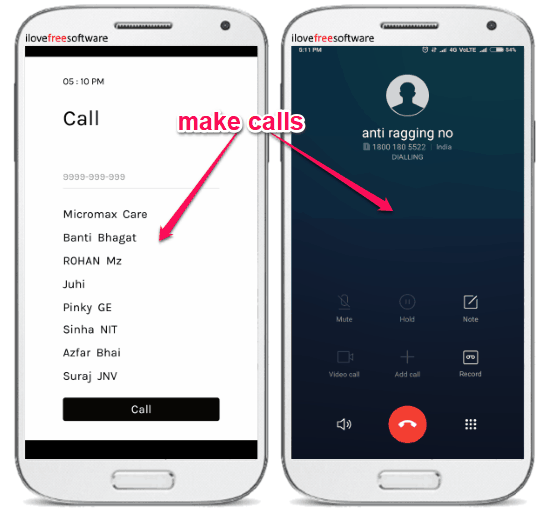 It lets you use the “Directions” option for navigation. When you select this option on the screen, it will open up the Google Maps app, in which you can search for directions and navigate as you normally do. 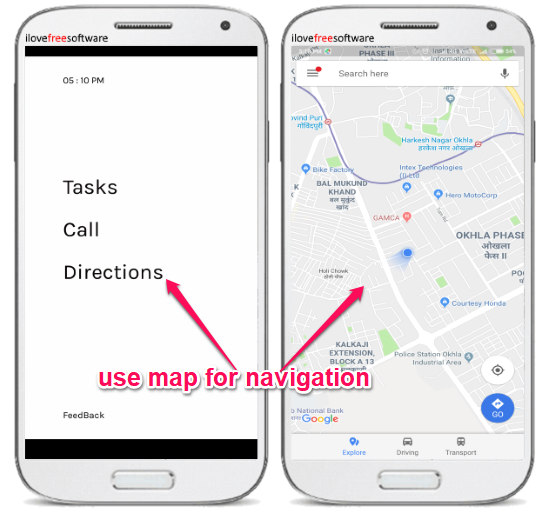 The last option offered by this app is actually a built-in task manager. It allows you to easily create and manage simple tasks as checklist items. You can simply tap on the “Tasks” option and then create a task by entering anything in the text input field. You can also mark tasks as completed just by checking small boxes associated with them. That’s all, you can do after using this app. 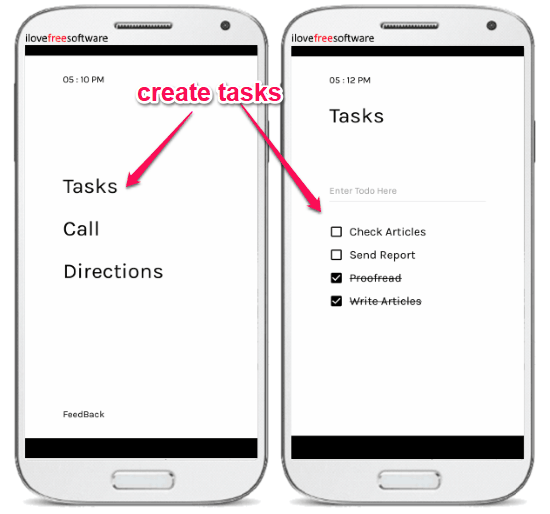 So, this is how you can restrict Android phone usage to just phone calls and directions. The “NoPhone” app is pretty cool and useful for kids as well as adults who want to focus on productivity instead of wasting hours in using their phone. There are apps like “Luna Launcher” which lets you restrict apps usage, but this one is quite unique as all the apps are automatically hidden. To remind yourself, what important tasks you need to work on, this app also gives you an option to create and manage simple tasks with ease. Overall, this app is a time saver.