Here is a list of 5 Best Free Scary Maze Games for Android. These are prank games which have a normal maze that you are supposed to solve. But that’s not the whole story! These Scary Maze Games are ‘scary’ because once the user is engrossed in the game, he/she will be scared (more ‘taken aback’ than scared), with a surprising ghost face or similarly scary image or animation on the screen. So, in the midst of the maze games, an animated gory image will appear on the screen accompanied, with an equally scary sound. A good way to play a prank on friends, I’d say!

Before learning news ways to become a prankster, go ahead and check out this article to add scary effects to photos! 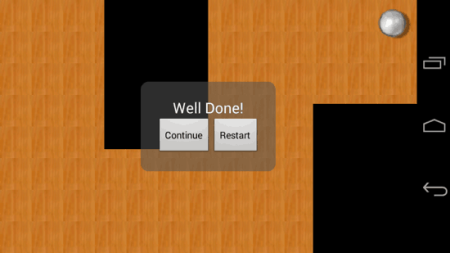 This one’s my favorite when it comes to Scary Maze games. This game has a bit of a different approach, as you have to guide a bouncy ball towards the end of a level, using your device’s motion sensors. But the fun lies elsewhere. Just when the player starts to concentrate in Scary Maze Free for Android, he/she is scared out of his wits by a scary image and accompanying scream. And that’s not all! The game also has built-in settings where you will see the option for the camera. Yes! The game records the reaction of the player with the front camera, as and when the scary image appears. Go ahead, give this free app a try! 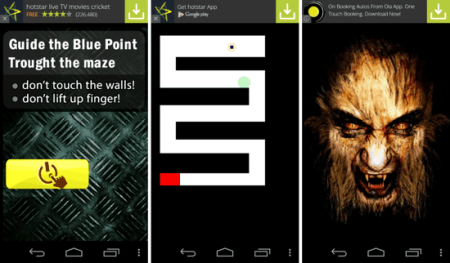 Scary Maze is another prank game, albeit a bit difficult. But the difficulty helps, as it makes the player concentrate even more on the Game. And that’s exactly the reason why your friends will be taken aback! Once you start this scary maze game, you can’t lift your finger or touch the walls, else the game will restart from the beginning. The game has virtually no other options, and on opening it, you will see a few banner ads, closing which will take you to the start screen (as shown in the first screenshot above). Do take note that this game is a bit more ad-heavy than you would anticipate. 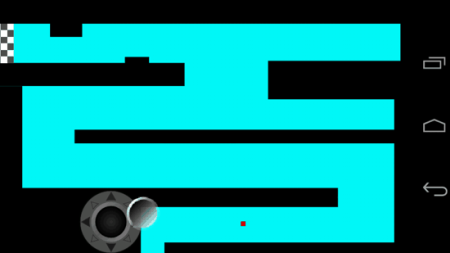 Maze Horror Prank is a scary maze game with somewhat clumsy controls. But hold on a sec! This control scheme makes the game playable only if you concentrate hard enough. And just when you get engrossed in the game, out comes a ghostly face and loud scream to scare you out of your wits! The game has virtual joystick-like control mechanism, which has to be used to navigate the red dot through the maze. Get this ad-supported game for free from the Google Play Store now! 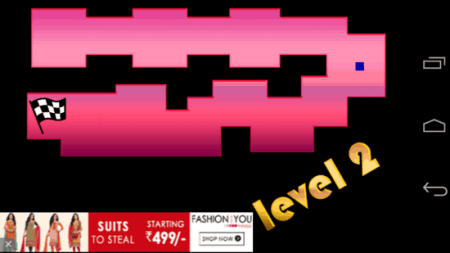 Scary Maze Game has an easier approach to the whole Maze concept. All you need to do is put your finger over the dot, and drag your finger over, to navigate your (and the blue dot’s) way through a level. The game does build up the difficulty a bit in the successive levels, but the ghost does still appear rather early. This game is meant for people who are too impatient to wait for the jump-scare, and would prefer getting to the final ‘scary’ outcome quicker. 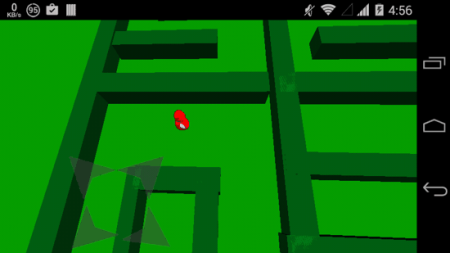 The graphics, gameplay, and level design of Horror Maze is different from what other scary maze games on this list have incorporated. The game is 3D(-ish), and has 4 arrow keys to control the main character. The game is extremely easy to play, and there are no threats to the main character, or any way to really lose. But that’s all fine by me, since all the games on this list are supposed to achieve only one thing– scare you. Horror Maze just tries to do that, and gets rid of almost everything else. Horror Maze is available on the Google Play Store for free.

I’ll hereby finish up this list of 5 Best Free Scary Maze Games for Android. Once you have pranked all your friends or the kids in your family, you can go ahead and share any other such apps in the comments section below.