Here’s a list of 5 Android apps which you can use to make you look old.

Knowing how we’re gonna look like when we get old is something that a lot of people would like to know. Luckily there are Android apps that you can use which are very good at converting young faces into old faces. We were really impressed when we tested the apps because the generated “old face” images are very realistic. Before we begin, this is the image that we’re gonna be using with the apps.

AgingBooth gives you the option of creating a fresh image that’s gonna be used for the conversion or you can open up existing ones from the gallery. 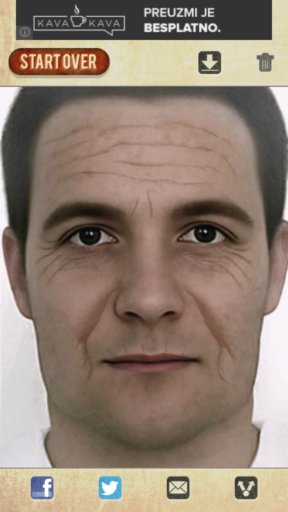 After selecting the image, you’re gonna need to adjust the markers (eyes, mouth and chin) so that the app knows on which sections of the image the effect needs to be applied. When you’re done with that, tap on the Start button to start the conversion. This old face effect app takes you 30 years into the future.

Old Face by Atticapp works similarly to AgingBooth, only it’s not as flashy. Images can be loaded using the camera or from the gallery. 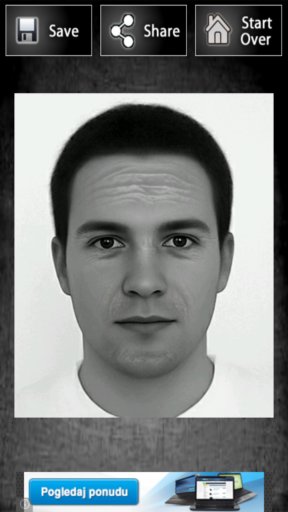 Before the conversion can take place, you need to again set up the face markers. This time only the eyes are important, first the left one then the right. After the markers are setup on the image, app will apply the conversion effect, which can be seen above. Notice that the effect isn’t that impressive as that of AgingBooth, in other words, not as many years are added.

Get Old Face by Atticapp.

Oldify is one of the most impressive old face effect apps that we’ve tested. The setup and the conversion itself isn’t what makes this app stand out, it’s what you see after the conversion that’s very interesting. 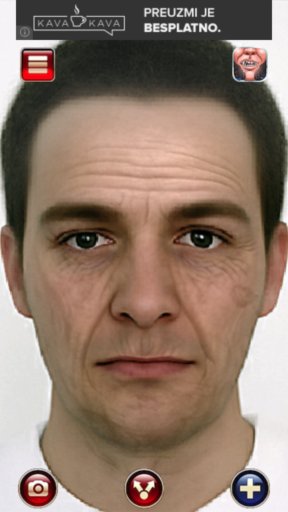 Like we already mentioned, conversion setup is pretty straightforward and very similar to that of all the previously mentioned apps. After the conversion, though, instead of seeing a static image of yourself with the aging effect applied, you actually get an animated image and it’s animated very well. Eyes, mouth, head, everything becomes “movable” so much so that your image at some point even yawns.

Get Oldify™ Face Your Old Age.

Make me Old by Swiss Codemonkeys

Make me Old is again a pretty “normal” old face app where you select an image, adjust the face markers, app takes care of conversion and you’re done. 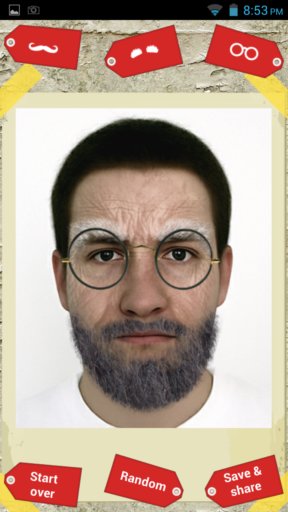 One of the things that sets it apart a little bit are the various effects that are available after the conversion. You can add glasses, monocles, mustaches, beard and more.

Get Make me Old by Swiss Codemonkeys.

Aging the Face is practically the same to the first app from the list. 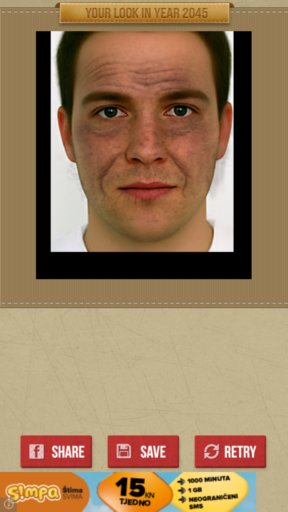 It even ages you to the same year, 2045, but the old face effect isn’t as drastic as with the other apps, which can be seen from the screenshot above. Finished images can be saved or shared on social networks right away.

Get Aging the Face.

First two apps from the list, AgingBooth and Oldify are our top picks. They work really great; you should definitely try them first before moving on the other apps that we mentioned, which also aren’t that bad, they’re just missing that something that the first two apps have.