Panda Free Antivirus is a free antivirus with process monitor, USB rescue disk creation. It’s simple, lightweight free antivirus and provides well rounded protection against all kinds of malware. Besides powerful real-time antivirus protection, Panda Free Antivirus also features some additional goodies. It has a built in process monitoring module that constantly tracks the network and system usage of active processes and checks them for any security threat that they might pose to the system security. In addition to that, Panda Free Antivirus also includes the ability to create a USB rescue disk, which can be used to boot up and disinfect a system. Other features include automatic behavioral analysis and blocking, and different types of on-demand scanning (Full, Critical, and Custom).

Panda is a well known name in the field of anti-malware software applications, especially when it comes to cloud antivirus applications. We’ve already covered Panda’s free cloud antivirus. But how just how good is this latest refresh in its current iteration? Let’s head past the break to find out. 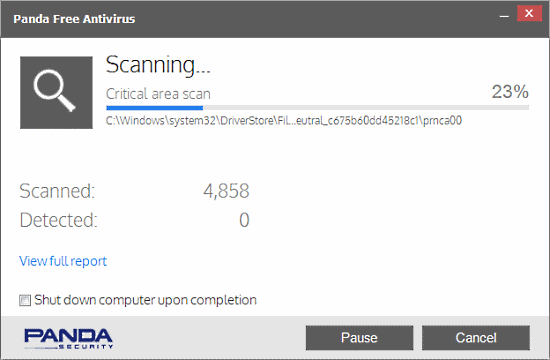 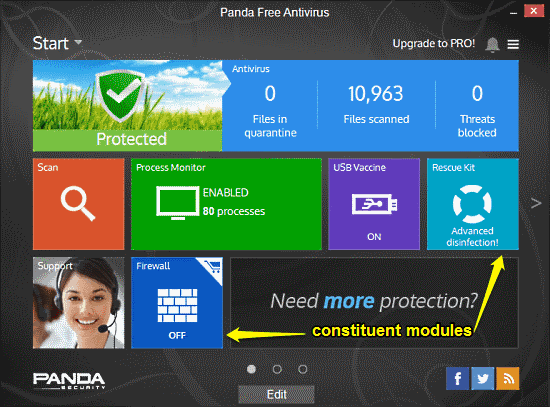 Looks awesome, don’t you think? One look at Panda’s user interface, and you can see instant resemblance to Microsoft’s modern design language, complete with the (live) tiles, and even the Start menu on the top left corner. As illustrated above, the user interface is pretty simple and straightforward, and each of the tiles act as a shortcut to different sub-modules of the anti-virus application. The tiles are constantly updated with information from the sub-modules in real-time. These sub-modules are briefly mentioned below:

How To Use Panda Free Antivirus With Process Monitor, USB Rescue Disk Creation?

As mentioned above, Panda Free Antivirus’ on demand scanner module lets you choose from three different options: Complete (full in-depth system scan), Critical (only memory and active processes are scanned), and Custom (specify the locations to be scanned manually). Using on demand scan is as simple as selecting the type of scan that you want, and clicking Scan. Panda will take care of the rest 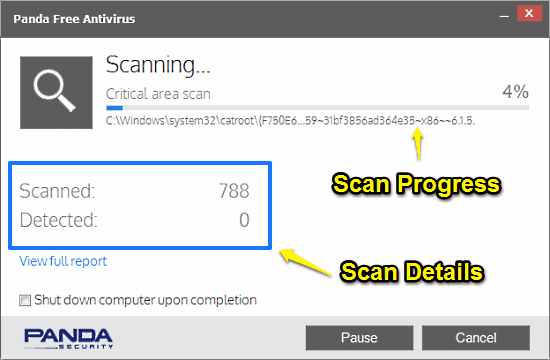 Process Monitor is Panda’s own version of the task manager. It constantly keeps on monitoring the process actively running in the memory, and generates important details about them. You can view a variety of information about the running processes, such as the total number of executed processes, number of processes using the Internet, medium/high threat level processes and blocked processes.

Check out the screenshot below: 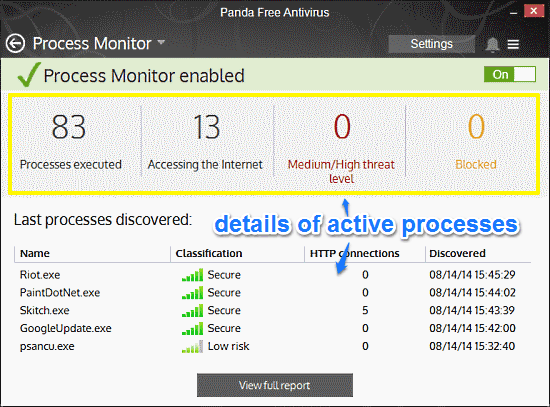 This is one of the most important sub-modules of Panda Free Antivirus. The Rescue Kit allows you to create a bootable USB flash drive having Panda Free Antivirus on it. This USB flash drive can be then used to boot up a computer and disinfect it of any malware in a clean environment. This can come in really handy in situations when you have a system bogged down by malware to such an extent that it won’t even start. Creating a USB Rescue Disk via the Rescue Kit module is extremely easy. Simply plugin a blank USB flash drive, and use the Rescue Disk wizard. Easy-peasy! 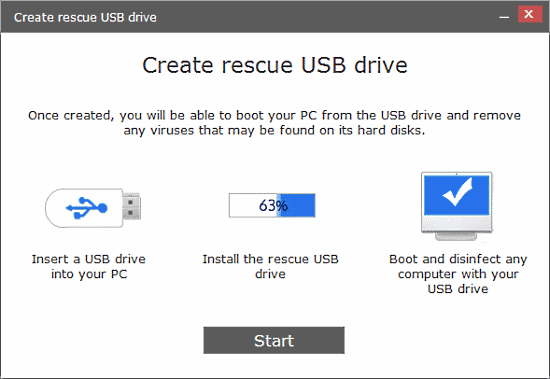