This article talks about the raise hand feature in Microsoft Teams. Microsoft Teams is a communication and collaboration platform for teams that brings workplace, video meetings, chats, and cloud storage under one roof. On top of that, it supports custom integration that allows users to integrate other popular apps and services to work with Microsoft Teams.

With all that, Microsoft Teams still lacks some features that you can find in other competitors. But Microsoft is bringing new features to Teams constantly. Many upcoming features are announced ahead and make appearances in the Team app later. One of these features is the ability to raise a hand. It might sound simple but it can be handy for discussions, support, and educational purposes. This feature is announced last month and now rolling out to Teams globally. 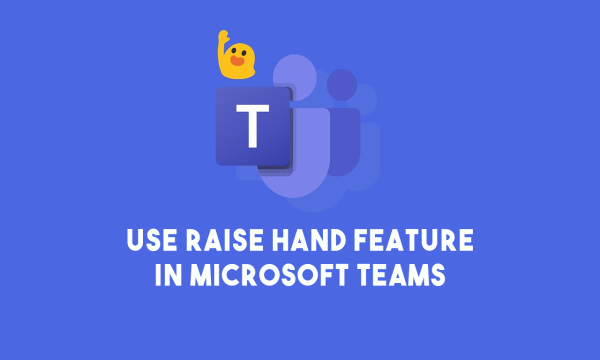 Also read: How to use Whiteboard in Microsoft Teams?

How to Use Raise Hand Feature in Microsoft Teams?

If you use Zoom, Jitsi, etc. then you might be already aware of the raise hand feature. Microsoft teams raise hand feature is exactly like that. This feature is rolled out in the recent updates and now available globally in the desktop app. The MS Teams web app hasn’t got the feature yet but it will be added soon. 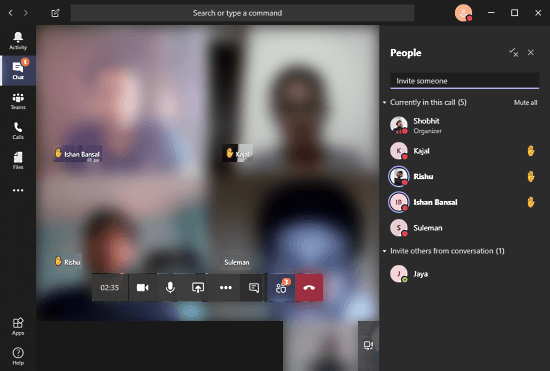 Whenever you are in a video meeting with others, this feature appears right away and you can use it with just a click. During video meetings, you get a menubar at the bottom of the screen. The menubar now houses a raise hand option too.

Whenever you have to raise a hand in the meeting, simply click that option and a hand will appear on your video. The same goes for all participants. Whenever someone raises a hand, it appears in on their video feed and everyone in the meeting can notice that. If you find it difficult to keep track of hand raise from the video, you can check the same in the list of participants. The participant list shows a hand shape in front of participant names who raise a hand. And, when you are down, you can lower the hand by clicking the raise hand button again from the menubar.

The raise hand feature does not seem like a big deal to everyone but it will definitely be quite useful in specific cases such as online lectures, discussions, webinars, etc. The only way for a participant to get attention or give feedback is verbal communication. This can be annoying if the number of participants is large. The raise a hand feature can bring the order in such situations so participants can get attention without disturbing the speaker. Furthermore, if there is too much background noise in meetings, you can use Push to Talk in Google Meet to tackle that as well.