The screenshot above shows Libraries folder added to Windows 10 taskbar and clicking that icon opened Libraries.

How To Pin ‘Libraries’ Folder To Taskbar In Windows 10? 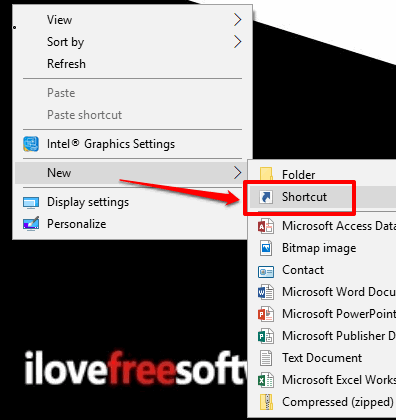 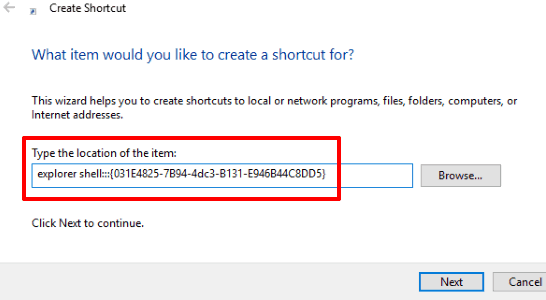 Step 3: Set a name for your desktop shortcut. You can write “Libraries” or any other name. Name doesn’t matter here. 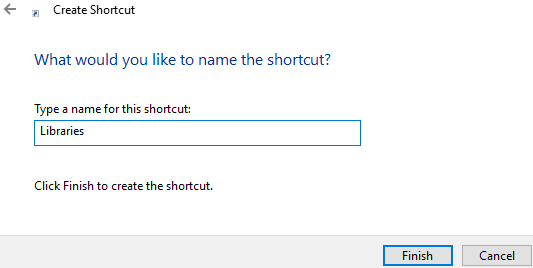 Step 4: Finish the wizard and then Libraries desktop shortcut will be created. Now you need to pin that Libraries shortcut to taskbar. For that, right-click Libraries folder or shortcut and then select ‘Pin to taskbar‘ option. 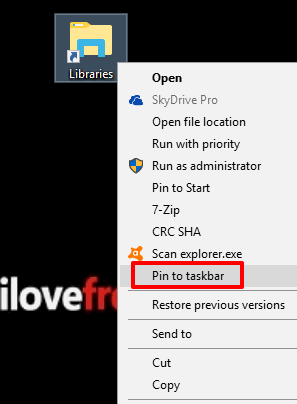