In order to achieve this, I will use IFTTT, which now supports Google Photos as a trigger and action service. And from now on, you can integrate Google photos with its other supported services including Twitter. So, in this tutorial, I will create a new IFTTT Applet which will automatically tweet your new pics from the specified Google Photos album. If you are new to IFTTT, then don’t worry as I have covered the steps to create this Applet in detail below. 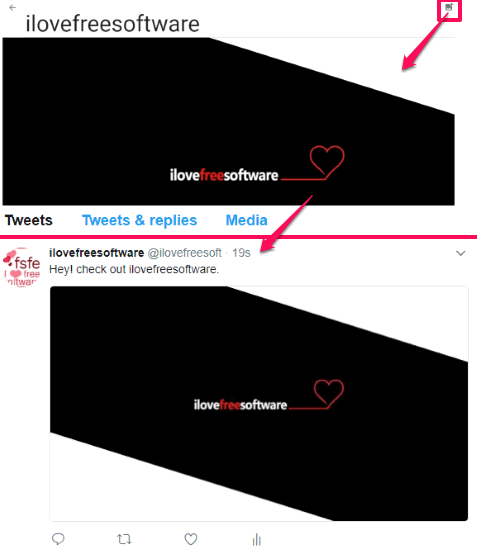 As I mentioned, I will use IFTTT to automatically tweet newly uploaded Google Photos. IFTTT is a free web service that lets you integrate different online platforms to create an automated workflows that make your life easy. It can be used for things like automatically backup Gmail emails to Box, automatically save liked Instagram videos to Dropbox and many other similar stuff.  In this tutorial, we will integrate Twitter and Google Photos together to create the automated workflow which will auto tweet the photos that you upload to a specific Google Photos album. Before moving ahead, make sure you have an IFTTT account (free). If not then first create one from here and then connect your Google account with its Google Photos service and Twitter account with its Twitter service respectively. After that, you can follow these steps to create this IFTTT Applet:

Step 1: Move to the “My Applets” section and then choose to create a new Applet. After that, click on the “+ this” button and then select “Google Photos” as the Trigger service, as shown below. 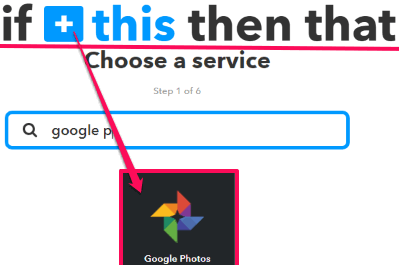 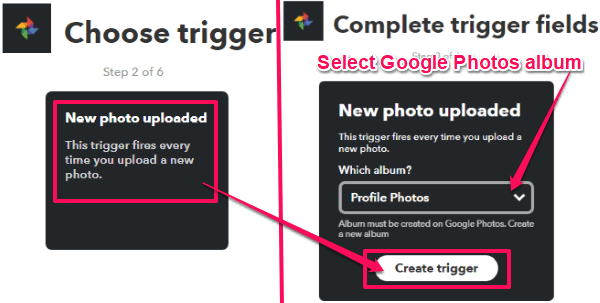 Step 3: Now, click on the “+that” button and choose Twitter as the action service, as shown below. 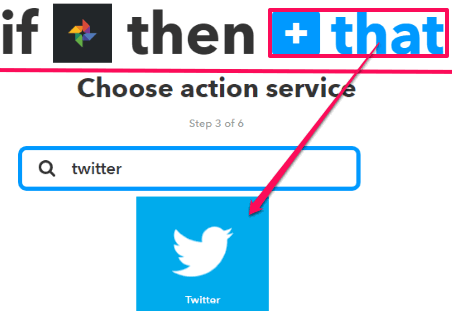 Step 4: In this step, you need to select “Post a tweet with image” as the action and then complete the action fields, as shown in the screenshot below. In the “Complete action fields” dialog box, you just need to specify a tweet text that will be posted as the caption of your Google Photos image tweet.

Step 5: In this final step, you just need to activate the IFTTT Applet; just click on the “Finish” button and you’re done. 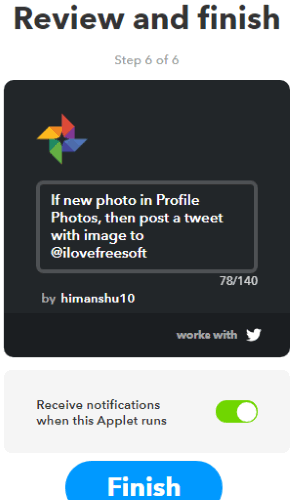 That’s all guys, from now on whenever you will upload a new pic to the specified Google Photos album (in Step 2) it will be automatically with the specified tweet text (in Step 4) to your Twitter profile.