You can use this app to make sure that your app’s UI elements are perfectly pixeled and aligned by measuring the size, distance, angle, width, height, and color HEX code of the UI elements. If you’re an app designer, then you got to try this app as you’ll be able to check whether the layout (UI elements) of the app prototypes you’re working on have the perfect pixel and alignment. 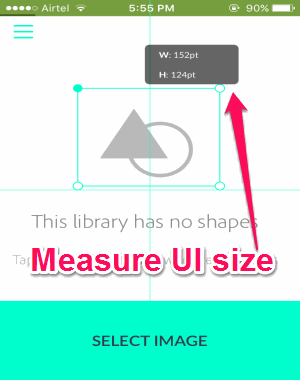 How to Measure Size of UI Elements from Screenshots on iPhone:

Now, let us see how this app helps you measure the size of UI elements from the prototype screenshot.

When you open the app for the first time, a screen will appear with the instructions on how you can measure the distances, width, height and spacing, and check color HEX code of the UI elements. At the bottom of the screen, there will be an option named, Select Image. You can simply select the option to import the screenshot of any app. 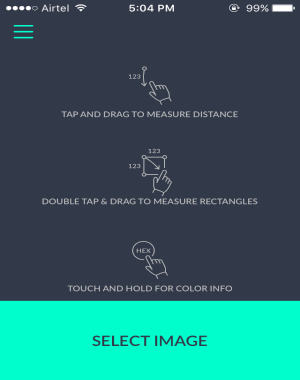 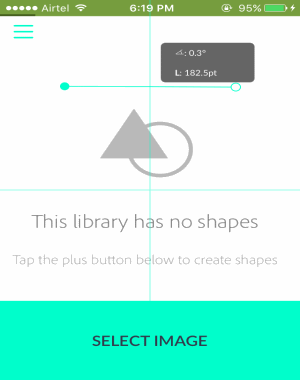 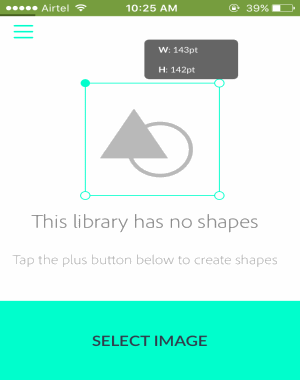 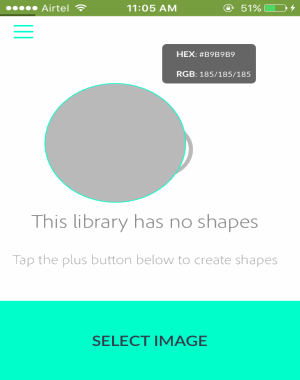 Another useful feature of UI Check is that it lets you enable guides (grids) such that you can easily observe the alignment of UI elements. There are 3 types of guides which you can enable to check alignment: Half (divides the screenshot into 4 quadrants), thirds, and for the default iOS screen. 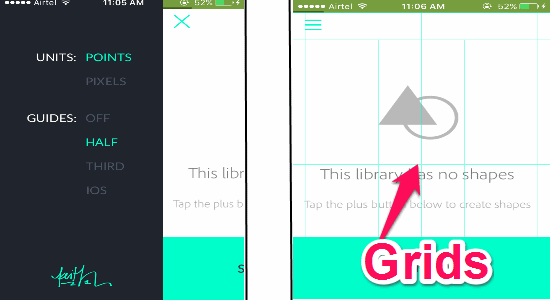 To enable guides, tap the hamburger icon and then choose any of the guides. Additionally, you can also change the units of distances, width, and height of UI elements from points to pixels.

UI Check is a very useful app for all the app designers out there, as you will be able to easily measure the size of the UI element directly from any screenshot. In addition to that, you can also get color HEX codes of the UI elements and check the alignment of UI elements with guides.

Get “UI Check” from here.