We all love technology. And that includes pretty much everything from our gadgets, our computers and the software applications that run on them. More so, we totally love Free (and Open Source) software. So much, that your favorite tech blog is named after free software. That’s because we believe that software applications should be within the reach of everyone, and should not cost you a bag load of cash.

But, here’s the fact. Free software also requires time and effort to be developed. Dedicated developers work for long stretches to bring us our favorite applications, sans the price tags. But it’s obvious that these developers need to be paid. But why am I telling you all this? Read on to find out.

Well, we know that paid commercial applications cost a sizeable amount whenever you purchase them, whether it’s a single or multi license. And that’s the money that pays the developers. Of course, that’s the general idea, we won’t be going into the specifics. On the contrary, free software applications generate revenue through different sources. Here’s how:

So what the heck is a browser toolbar?

Well, to be honest, they are a mess. But specifically speaking, a toolbar is just an add-on for a browser (a bit like extensions, but that’s where the similarity ends) that contains a lot of buttons, search boxes, shortcuts and things like that. Toolbars can be related to a particular software application (like Yahoo! and Google) or totally random (like Ask). While toolbars may be of some help to the amateur or the not so power users, they serve little purpose for experienced users. In fact, they are useless for the most part, and do nothing more than slow the system down.

But how so many toolbars get installed in my system?

Well, sadly the answer to this question is simple, ignorance. And to some extent, it’s not the fault of the users. This is because for 99% of the users, any program is best installed when installed with default settings (especially when the program mentions that custom installations are for advanced users only). So casual users go ahead with the default option not wanting to unwillingly tamper the safe install settings. And this is where the mess begins to pile up.

As an illustration, take a look at the following screenshot. It shows the first installation step of Foxit Reader, a popular freeware PDF reader (See also: this). 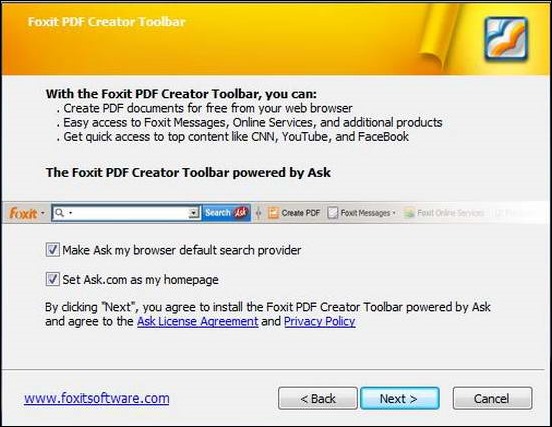 Now, whenever a user runs the Foxit Reader setup, the above shown options are already checked. And most of the users don’t bother checking them out and just proceed with the standard next..next and finish.. sequence. This installs not just the required software to the system, but also the extraneous toolbar. 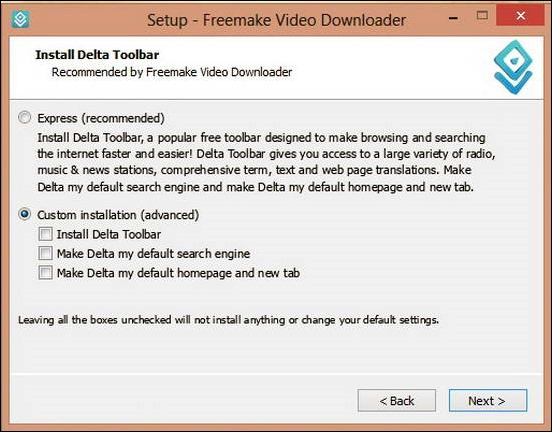 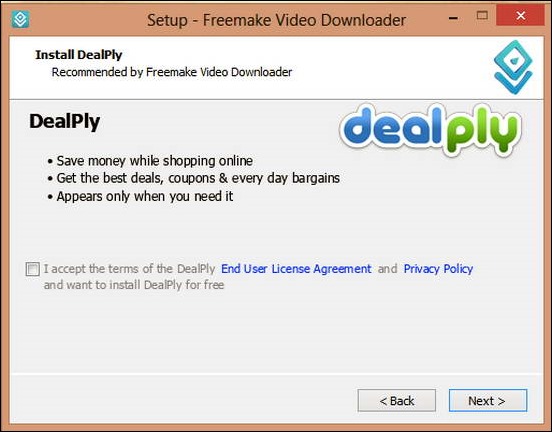 The first screenshot shows that the software tends to install a whole bunch of worthless things as part of the “Recommended” settings, while the second screenshot tries to trick the user into clicking a checkbox to install a toolbar, by mentioning the popular EULA and Privacy Policy words. And almost every computer user knows that you can’t go to the next step in a setup without accepting that.

Ok, so how do I prevent these toolbars from getting installed?

Well that my friends, is dead simple. See, I’m not trying to lower the value of free software applications here. In fact, I love freeware stuff. And it’s not exactly their fault that they include toolbars bundled with their executable(s). Heck, some well known paid software products come with toolbars bundled too.

Browser toolbars were created to help the users do the most repeated tasks while being online, quickly. But that was in the past. With computer users getting more adept at its usage, and the advent of modern browsers, toolbars have been rendered obsolete. Although it’s only a matter of time before they fade into oblivion completely, you can still follow steps as simple as carefully examining each step of an installation, to save yourself all the trouble these bloat wares cause.

What do you guys think about browser toolbars? Do you allow them to be installed or not? If yes, do you find them productive to your work? Let me know in the comments below.