Here’s a list of 5 nursery rhyme learning apps for Android which you can use to practice and learn nursery rhymes using your Android device. Nursery rhymes are a lot of fun, especially to the little ones which are more easy to tuck in when they are under the influence of a good nursery rhyme. Parents and especially children these days seem to be forgetting about nursery rhymes but they can be reminded using their smartphones and tablets, which pretty much everyone has. 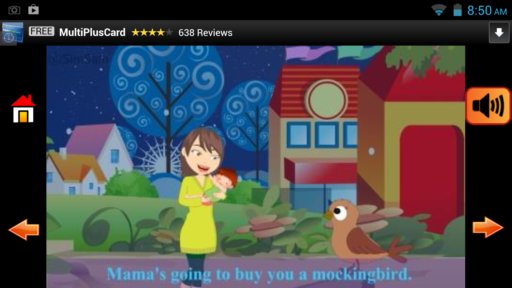 Nursery Rhymes Songs is a collection of 9 classic nursery rhymes which you can play and then learn by singing along using on-display lyrics that the app offers.

Available nursery rhymes include the Alphabet song, Row your boat, Marry had a little lamb, London bridge, Bingo, This old man, Hush little baby, Wheels on the bus, Itsy bitsy spider. From the main menu, select the nursery rhyme that you want and start singing, see image above. 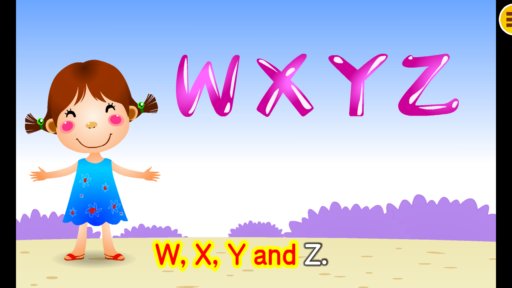 Unfortunately this is the free version of this nursery rhyme learning app that only has 3 nursery rhymes, A quite night, ABC song and Jingle bell. Full version has a total of 28 nursery rhymes, but these three are more than enough to get you started. 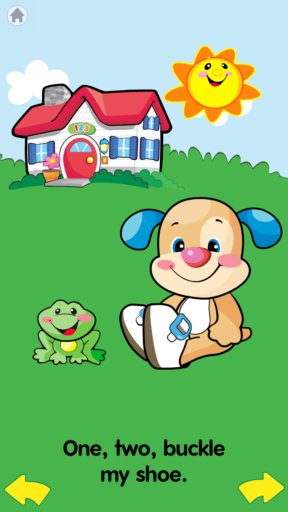 Storybook Rhymes Volume 1 focuses more on learning than providing lots of nursery rhymes. That’s why there are only two of them that are available, One two buckle my shoe and Itsy Bitsy Spider.

There are two learning modes available, Sing to Me and Read & Learn. Both of them show on-screen lyrics for the selected nursery rhyme but Sing to Me is aimed more at younger kids (touch anywhere on the screen and the next line is showed) where Read & Learn offers more information and it has standard controls (arrow keys need to be tapped for the next line). 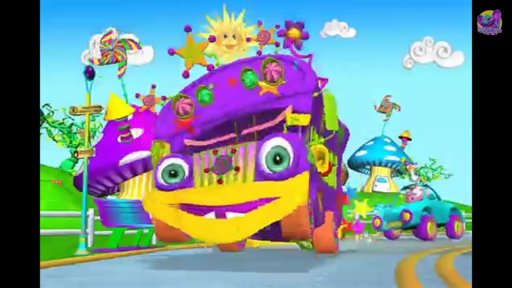 Nursery Rhymes – Kids Songs is a YouTube nursery rhyme aggregator where some of the best nursery rhymes from YouTube are scooped up and offered to you at a fingertip.

There’s too many of them to list here, but it’s safe to say that almost all of the traditional nursery rhymes are available. Internet connection is required in order for the songs to work. 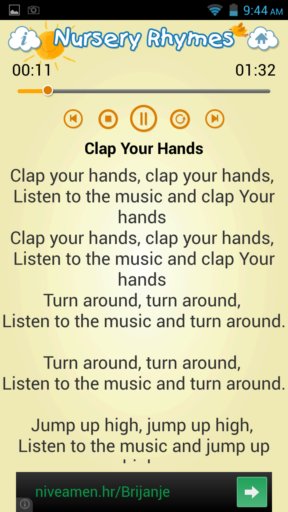 We’ll finish our list with a bang, so to say. 50 Top Nursery Rhymes has a collection of 50 nursery rhymes which can be accessed offline, without the need for an active internet connection.

List of nursery songs waits for you as soon as you open the app. They all have lyrics, which is perfect if you want to learn nursery rhymes. You can see the app in action on the image above.

We’ll keep things short. We liked the first (Nursery Rhyme Songs) and the last (50 Top Nursery Rhymes) nursery rhyme learning apps from the list above. They are all great, but you should start testing with these two first. As always, leave comments down below.