Here’s a list of 5 memory games for Android which can be used by kids to improve memory. To some extent having a good memory is something that a person is born with, but don’t despair if you or your loved ones are not that great remembering things. By practicing you can improve your memory and still catch up to those who simply “have it”.

The following apps can help with practice, both you and your kids. 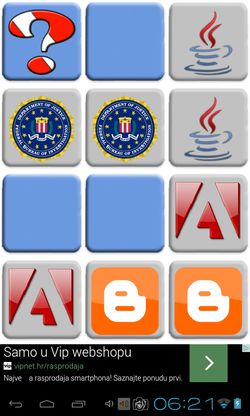 Memory by Berni Mobile is a memory app for Android that might be suited more for kids, mainly because at one point we saw a Hello Kitty image used.

Also, as you can see from the screenshot above, the app has a very kids kind of feel to it. Tap on tiles to flip them until you find two of a kind. At the very start of the game you’re offered with a menu where the difficulty of the game can be set. The more difficult the game, the bigger the grid that you see on the image above is gonna be. 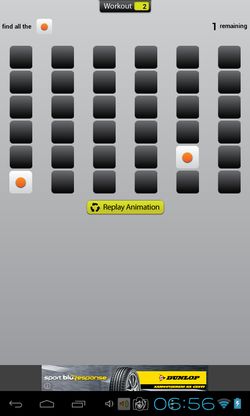 Memory Trainer is suited for both kids and adults, you can set the type of exercises that are gonna be played.

This memory game for Android doesn’t have just one type of memory exercise (flip tiles and find two of a kind), it actually has several of them. For example on the image above we have a grid where first all the tiles with different shapes are showed to you, for a short period of time, after which they are hidden again. You then have to tap only on those with circles on them. Game difficulty can be set and tracked from the main menu. 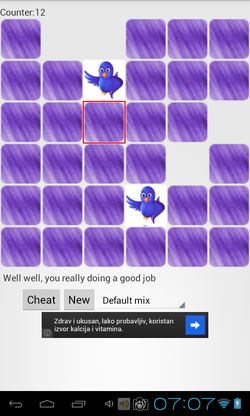 This memory game is similar to the first one from our list, except this one can be played both by kids and adults.

There aren’t any overly childish overtones in Memory by Jasper de Keijzer, so if you’re older you too can enjoy it. Grid is set to 6X6 squares size and it cannot be changed unfortunately. What you can change is the theme of the images that are shown. Selection boils down to road signs, fruits, flowers and several other themes.

Get Memory by Jasper de Keijzer. 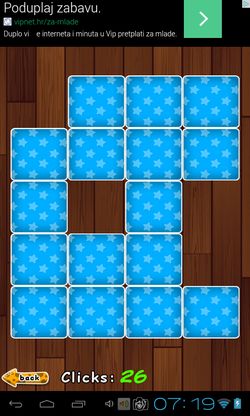 Kids Memory is again aimed primarily at kids, it’s a kids memory game for Android all the way.

All the images follow kids theme, pokemons, princesses, star fishes, etc. Main menu of the game offers three levels of difficulty, easy, medium and hard, on top of which you can also setup a custom level of difficulty. 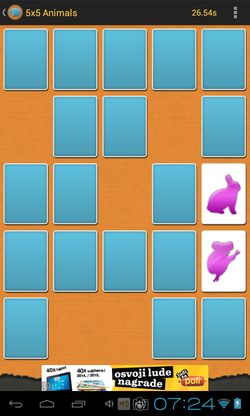 With Memory Matches we’re back to a mixed bag memory game for Android, it can be played by both adults and kids.

Two step setup before actually getting to play the game requires you to select the type of tiles you’ll use (letters, animals and clipart for kids for example, while realistic and sport for adults) and you also get to select between 5 levels of difficulty.

This is again one of those times when it’s impossible for us to pick a favorite. All the memory games for Android that we tested are great and you can’t go wrong regardless which one you choose, so pick one and enjoy.