3D Break It is a free Breakout game for Windows 8. The game blends the concept of Breakout game with Racquetball to make the game more interesting.  In this game, you need to break bricks using a ball.

You are given a 3D room to play. In the room, you are given a  moving wall with colorful bricks. In addition, there is a ball. When you click on any brick, the ball strikes it to break the brick. Also, the ball keeps bouncing around, and if you target it properly, you can actually break multiple bricks in one go. For example, if the ball is towards Left side of the screen, and you click on a brick on the Right, there is a possibility that the ball will break other bricks also that come in its way. Similarly, if you direct the ball to a group of bricks, you can easily break multiple bricks together. 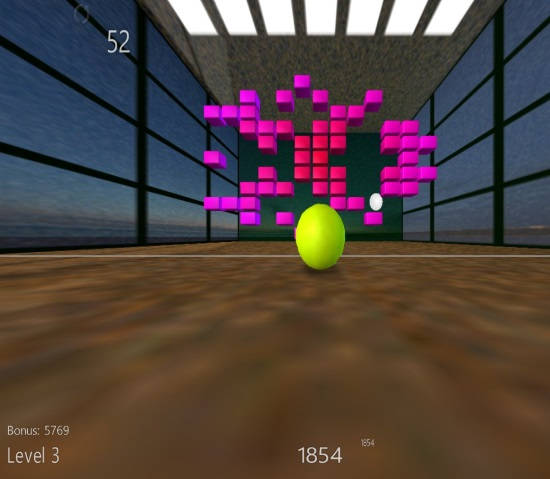 This reminds me of the ever popular Breakout game, which has a similar concept.

You need to click on the bricks to hit it with the ball. As you click on any brick, the ball bounces all around in the room, breaking that particular brick and other bricks that come in its way. Similarly, you need to break all the bricks.

However, the game is not that simple.

The wall with bricks keeps moving towards you. You need to break all the bricks, before the wall crosses a White frame.

Additionally, the White frame keeps on tilting itself to distract you. So, you need to be very fast to break the bricks, before it crosses the White frame.

You can use power ups.

Power ups will help you to clear the level by pushing the brick wall few step back.

The crown jewel of this game is its 3D graphics. When you launch the game, you will get a look and feel of the Racquetball game’s room. And the ball hits the walls of the room and bounces back as in the Racquetball.

The game has many levels to unlock. You need to clear one level to unlock next one.

Gameplay of This Brick Breaker Game For Windows 8:

You can get 3D Break It game app free from Windows Store by using the link given at the end of this review.

After launching the game, you will find a “Play” button on the screen. 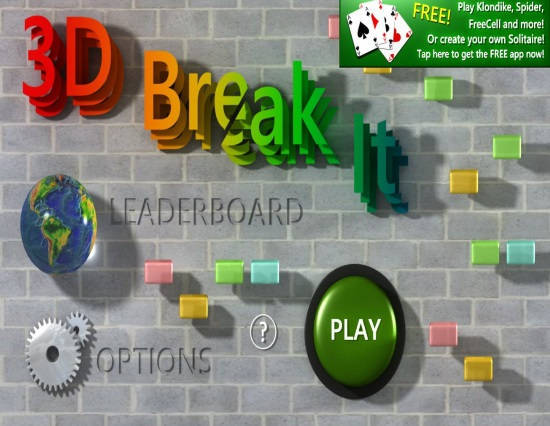 Clicking on it will redirect you to the room. In the room, you will find a White wall, a wall with colorful bricks, and a ball. 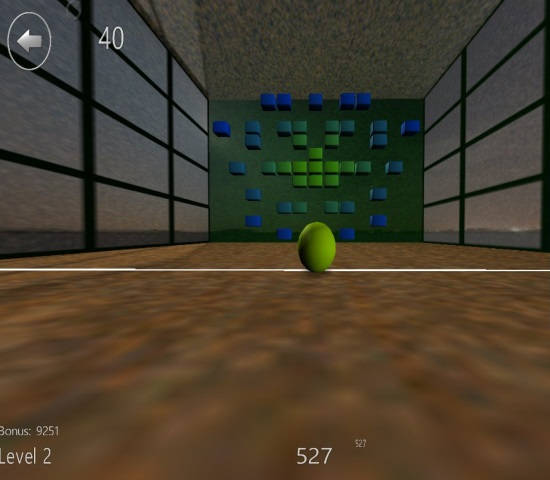 Click on any brick to break it. You will actually see the brick breaking and scattering all over in the room. 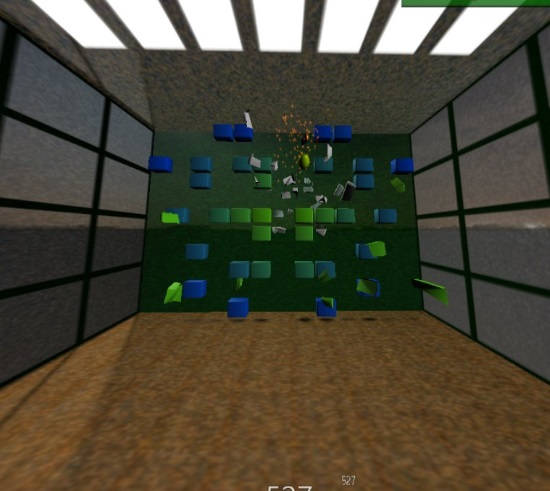 When you will click the brick, the ball will hit that brick and will start bouncing all around in the room, hitting one wall to another and breaking other bricks as well. To break any specific brick, click on that particular brick. And if you target correct bricks, you can ensure that the ball breaks even more bricks on its journey towards the target brick, and on its journey back.

To break Black bricks, you need to hit the brick twice. 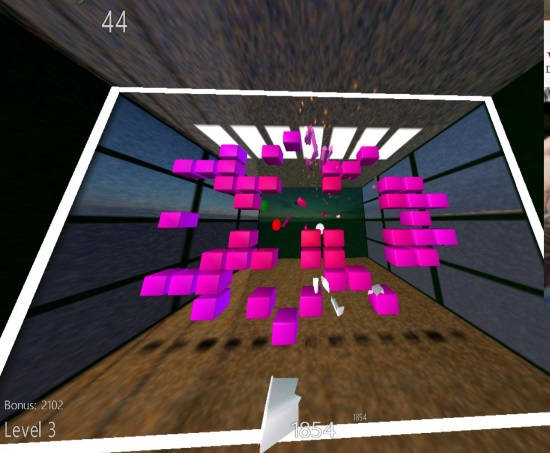 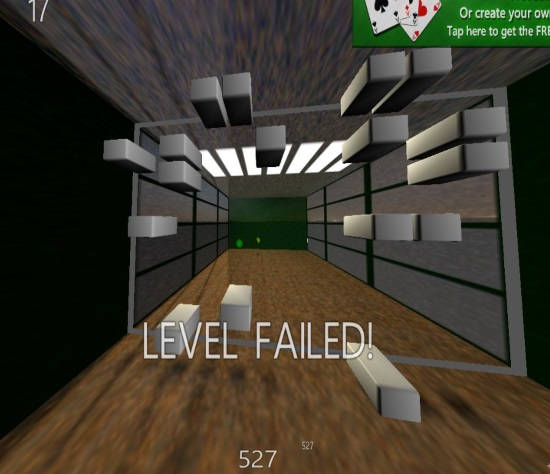 If you clear the level, you will be redirected to next level. As the level increases, so does the number of bricks, and speed of moving of the wall. 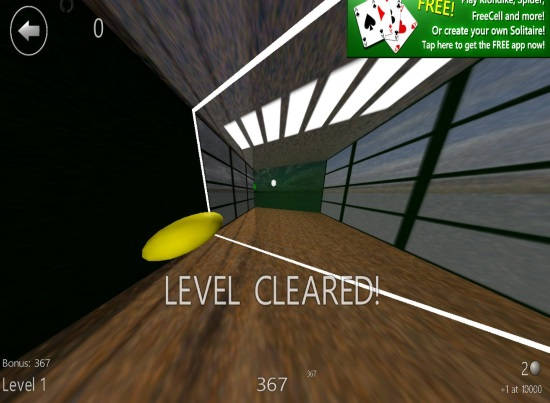 3D Break It is an addictive brick breaker game for Windows 8. The game has 3D graphics and many levels to unlock.

Get 3D Break It here.