Bingo Star is a free multiplayer Bingo game app for Windows 8 to play against multiple random online players around the globe.

Initially, you are given 25 virtual tickets to start this multiplayer Bingo game. These tickets are used to buy the cards for playing the game. In this game, you can choose up to four cards to play. After choosing the number of cards, you will be connected to many online players. They will also play on the same board, but each individual players have their own card (as per the rule of classic bingo).

You need to carefully watch the numbers being called, and if you find any number that matches the number in your card, then daub it instantly. In return, you are given some experience.

Bingo is a game of luck. The player who matches a pattern in a row on his card, either horizontally, vertically, diagonally, or four corners, calls Bingo and wins the game. 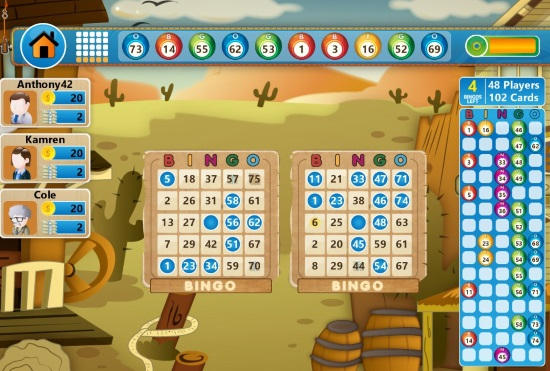 Gameplay Of This Free Bingo Game For Windows 8:

You can get Bingo Star game app free from Windows store by using the link given at the end of this review.

Bingo is a fun and addictive game. Once you started playing this game, you won’t be able to stop yourself from playing until you are out of tickets.

In this game, you are given one or more 5 *5 cards. Each space (cell) of the card is filled with some random numbers. Now, you need to match the numbers being called with the numbers on your card. If you form any of the four winning patterns: horizontally, vertically, diagonally, or four corners, call Bingo.

You are given 25 tickets to play the game. To start a game, click on the unlocked game theme. 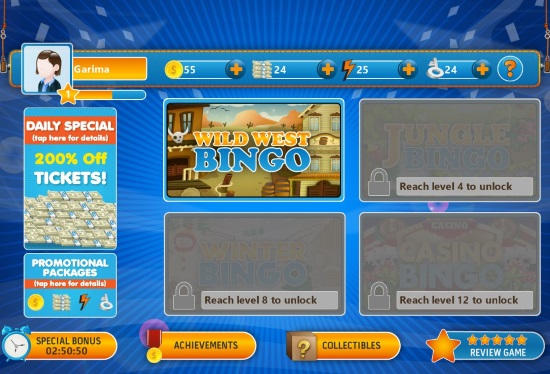 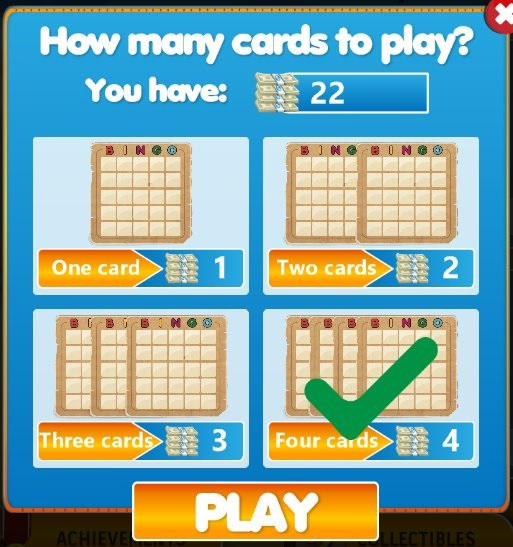 The moment you choose the card number, you will be connected to online players. Same numbers will be called for you as well as them.

Now carefully watch the numbers being called. Daub the matching numbers instantly. For each daub, you will be awarded some experience points and some hidden bonuses as well. The experience points help you to level up and unlock other themes. If daubs form a winning pattern, then call Bingo before any other player calls Bingo. 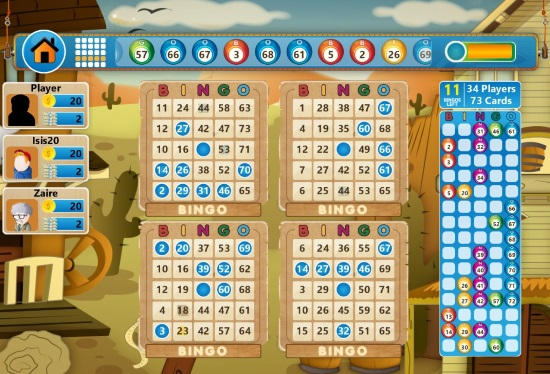 At the end of the game, you can check the points, coins, and tickets you have earned. 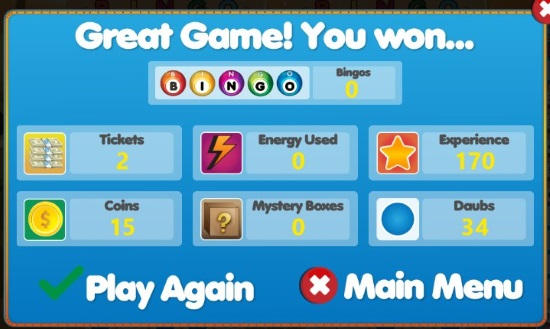 Bingo Star is an interesting Bingo game app for Windows 8. The crown jewel of this Bingo game app is that it lets you play against multiple online global players. The one who calls the Bingo first wins the game. You will surely enjoy this game a lot.