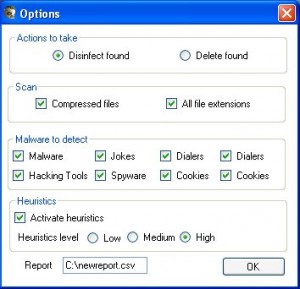 If you want to integrate PAVCL with an automated scanning system, there are the return codes.  PAVCL uses a 4 bytes number to shows the type exit of the program, the type of operation the program executed, and the numbers of malicious software that are found. Panda Antivirus Command Line is free for personal and home use.