Kaseto is a very lightweight portable music player. It is a very simple and intuitive software to play music on your PC. Despite being lightweight, it easily delivers a very good job of quickly playing musing from any designated location on your PC. It is still under development so the number features it currently offers is somewhat limited. For now, it supports formats like MP3, M4A, WMA, FLAC, and OGG. Every time you start the software, it automatically search for new audio files added to your music folder. It also support Shuffled playback and repeat. For now, it doesn’t allow us to control volume. It also don’t support time seeking for now.

The detected music files are listed according to Album and Genres. It also lists all the files together under Tracks. It lists these audio files with the help of metadata available with the file. Music files without proper metadata are not listed under Album tab or Genres tab. However, as the website suggests, in future missing metadata will be directly added to these files on Kaseto itself.

Most of the popular music players are not portable and need to be properly installed before using them. However, Kaseto is a portable music player so it can be used on the go. 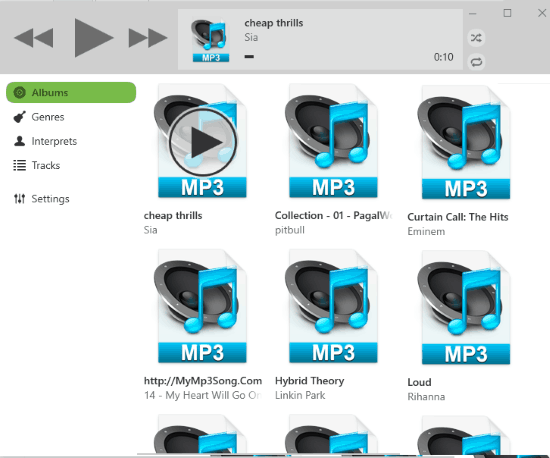 For now, if you want to add missing metadata to audio files, then you can try Free MP3 Tag Editor.

It is a very light weight software and it can be downloaded either as an installer file or a portable ZIP file from the link provided at the bottom. And being a portable music player makes it more preferable as it can be used on the go without the need of installation.

As you run the software its interface pops out with the option to add music folder to Kaseto, either by browsing or drag and drop. 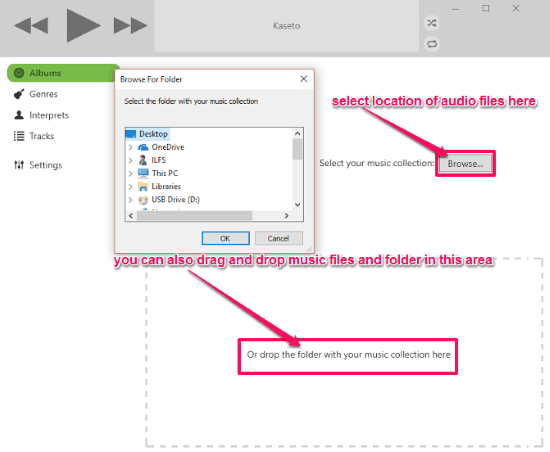 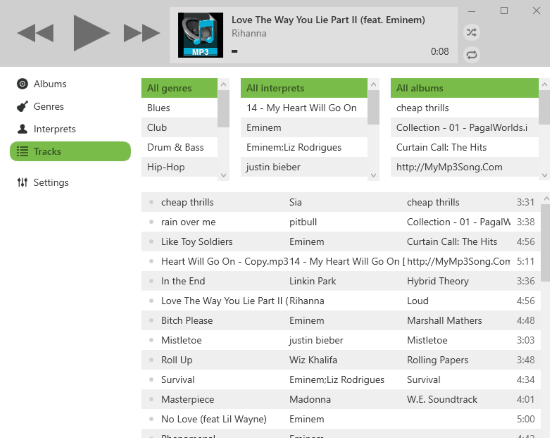 Kaseto is a portable music player that is very intuitive and light weight. Its interface is also very nicely arranged for all type of users. Since Kaseto is still under development, I think, it still has a lot of grounds to cover. However I think for now it is on the correct path to become one of the most popular portable music player.