Exshail Easy Ribbon UI is a free addon for Microsoft Excel which you can use in order to restore the traditional styled toolbar in Excel. After installing this free legacy Excel toolbar addon, in order to access the traditional toolbar style, you’re just gonna have to switch to the tab of Easy Ribbon and there you will see all the usual options that you had in earlier versions of Excel, prior to Office 2007.

On the image down below you can see Easy Ribbon in action, and you can see what we were referring to when we were saying that you get the legacy Excel toolbar back. Notice that all the same options that you’d expect from the older versions of Excel are present, instead of the new toolbar arrangement that the ribbon interface has brought starting with Office 2007. 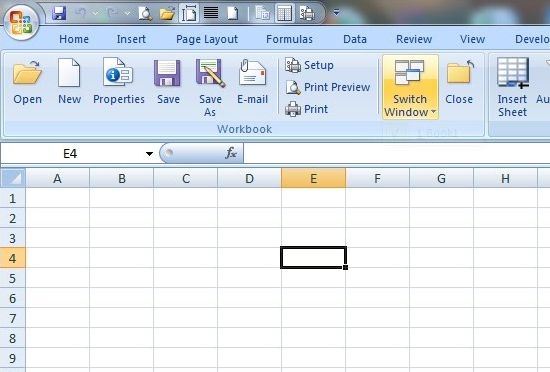 New toolbar design, those of newer version of Office, can of course still be used, like we already mentioned, Easy Ribbon adds itself as a new tab to which you can easily switch once that you would like to enjoy in the old fashioned style of the toolbar.

Newer versions of Excel, those released after Office 2007 have introduced a much different upper toolbar style, the so called ribbon toolbar, which meant that a lot of people had to adjust to a new way of doing things. Some managed to keep using the older versions of Excel, Excel 2003, but if your company is updating their software or you had to replace your computer at home and you got a newer version of Excel pre-installed, well then this addon is just the thing that you need in order to restore the old toolbar style, that you had in Office 2003. Here’s a few pointers to help you get started.

Download the installer and install the addon like you would any other application. Installer will add all the addon files into the Excel directory after which the only thing in order to start the addon would be clicking on the the Exshail Easy Ribbon UI from the Excels top tabs. 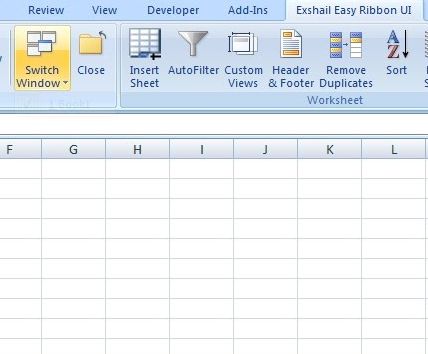 The new-old toolbar should appear down below right away. To go back to the new style of the toolbar, simply switch back to one of the other available tabs.

Exshail Easy Ribbon UI is a great addition for Excel if you’ve gotten used to the toolbar from Excel 2003 and you’re not particularly interested in getting accustomed to the way things are done in newer versions of Excel. Give it a try and see how it goes.