Brick Shooter Egypt is a free brick moving game for PC. It’s not your usual puzzle game, but a thinking man’s game. The game involves strategically moving the bricks from the sides to the center of the field, so as to remove all the blocks from the center.

The game offers you some some top notch visuals, and soothing background score. Just as the ancient Egyptians used to drag the blocks all the way from the river Nile to build the pyramids, you need to drag the bricks/blocks from the sides of the wall to the center to complete the puzzle.

The download  size of the game is just about 11MB.

Therefore, here is a game where instead of building, you are removing the blocks to move ahead in the game.

The visuals of the game are pretty good. You can also play the game in small screen mode. The game does not offers you different gaming modes, but the levels are complex enough to make you think, before proceeding with any move. You can also choose to see the hint. You will then be shown the hint about the next block to be moved, if you get stuck somewhere in the game.

Brick Shooter Egypt is not an easy game to describe, and even though it takes a while to understand the game properly, it becomes addictive once you do.

About Brick Shooter Egypt: Free Puzzle Game For Your PC

The game as it starts, looks pretty much like the game of Tetris. The initial levels are quite easy, and have tutorials popping up to help you understand the game quickly. Plan well, and you move on to the next level very quickly and easily. The intuitive interface, easy puzzles will easily get you through the initial levels of the game. But, the game soon becomes pretty challenging and slowly moves on to a level where it becomes very difficult to solve. 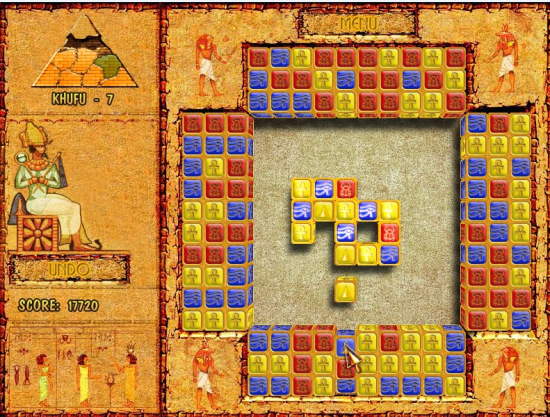 Your journey starts from Khufu, and via cities like Djozer and Sneferu you reach to Sphinx.There are six cities to cross altogether. You have to complete 10 stages to move from one city to another. That implies that you have around 60 stages to complete. On completing each level, you are assigned a a rank, based on your performance in the level. 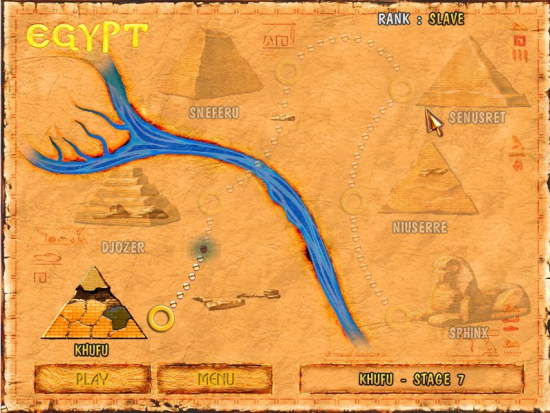 The board contains bricks of three or more colors. The walls surrounding the board, contains the bricks of the same colors, arranged  randomly. You need to push the bricks from the walls to the board, to connect three or more bricks of same color. Once the three bricks are connected, they vanish and that area is cleared. With the same strategy you will have to clear the entire board to move on to the next level. 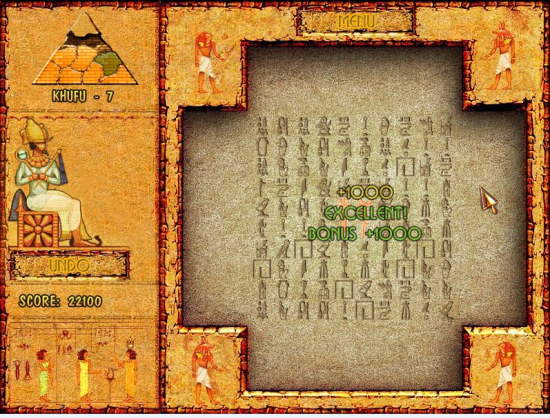 The three bricks need to just touch each other; they need to be connected in a straight line. For example, you can have bricks connected in “L” shape to remove them.

Plan your moves strategically, and you will move on in the game pretty easily.

How To Play Brickshooter Egypt

Step 1: As the game starts, you are required to provide your name. The game provides you the option to make multiple profiles. 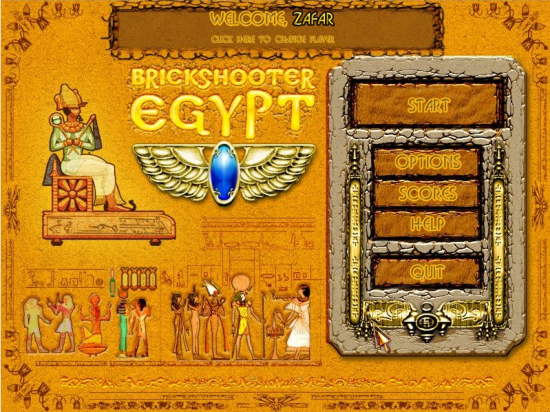 Step 2: As the game starts, you will be able to see the interface containing walls with bricks of three colors. The field between the walls is still empty. Just tap on the empty space, and your bricks for the center field appears. 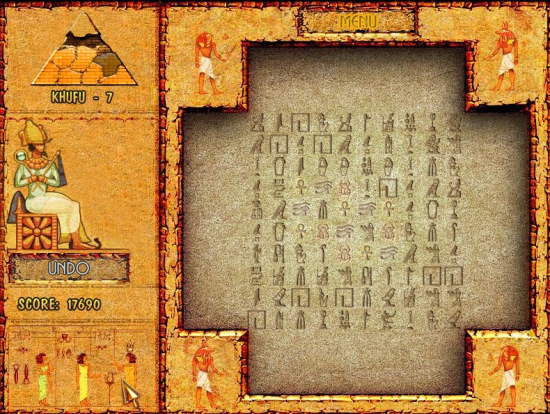 Step 3: Now tap on any brick in the wall to move it to the center of the brick. The brick will move till it comes across another brick in the center. If this movement results in three bricks of same color being connected together, then that area is cleared. 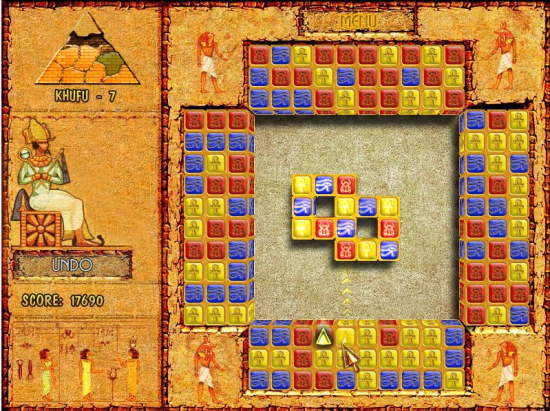 Connecting three or more bricks of the same color, will clear that specific area. For clearing each area, you get points. 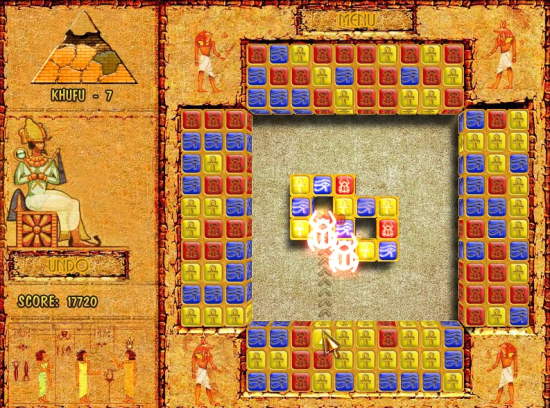 The score keeps adding to your previous scores, thereby building the gamer’s profile as one moves up in the game. However, if you think that you’ve made a wrong move, then you can click on the “Undo” (in the left side of the interface) option to take a step back.

Brick Shooter Egypt is a free puzzle game that happens to be pretty addictive, as you advance in the game. With about 60 different stages to complete, you will always find the game pretty indulging. The multi-profile and challenging levels acts as a promoter to the addiction. Therefore I rate the game as “Good” and recommend for you to get your hands on it.