Here’s a list of 5 alphabet learning apps for Android which you can use to help your kids learn the alphabet. Instead of leaving your kids to play games on Android tablets or smartphones, which is what a lot of parents do when they need some peace and quite, why not leave them with an educational app so that they actually learn something? Following apps are both fun and educational, they can help kids learn the alphabet. 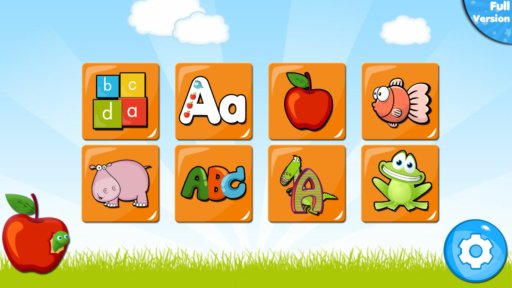 Kids Alphabet Game Lite has 8 different games where kids can learn the alphabet while at the same time having lots of fun.

Kids learn much better if you wrap the learning material in a layer of fun, and that’s exactly what this alphabet learning app does. Games like draw letters, find big/small letter combos, combine mixed letters into words and so on are available. One small drawback of the lite version of this app is that not all the letters are available but it’s more than enough to get you started. 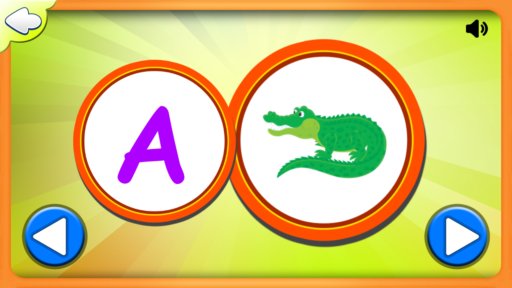 Kids Learning Alphabets Number doesn’t have any kind of restriction when it comes to learning the letters, they are all available.

They, the letters, are all available, but Kids Learning Alphabets Number isn’t just an alphabet learning app. It’s also possible to learn and practice numbers, colors, vehicles, fruits and vegetables, etc. Alphabet can be learned by listening letter associations, see image above, or by solving pairs (combine first letter with image). 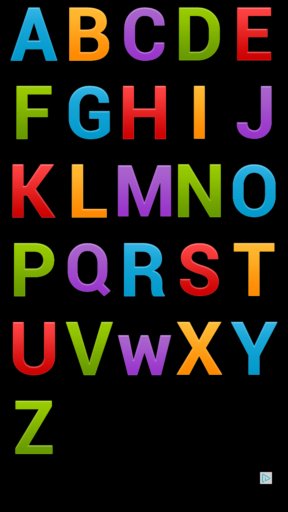 Kids Alphabet Free will definitely go over the entire alphabet, as you can see from the image above.

English and Danish are supported. The app works by letting kids tap on each letter after which the letter is zoomed in on and a voice will read the letter loud and clear. 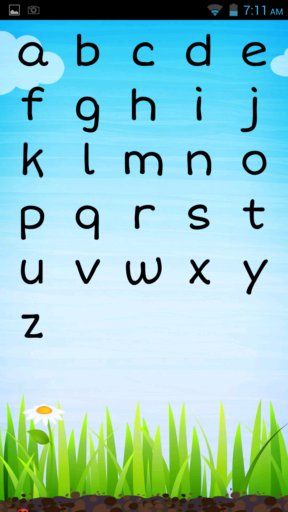 Does you kid like to sing? With Learn the Alphabet (ABCs) they’ll be able to practice the alphabet by participating in ABC sing-alongs.

Additional games are available where the app will read out letters and kids then have to find the letter from the ones that are offered. Gallery of various practice videos for the ABCs which can be accessed straight from YouTube is also available.

Get Learn the Alphabet (ABCs).

ABC for Kids All Alphabet Free 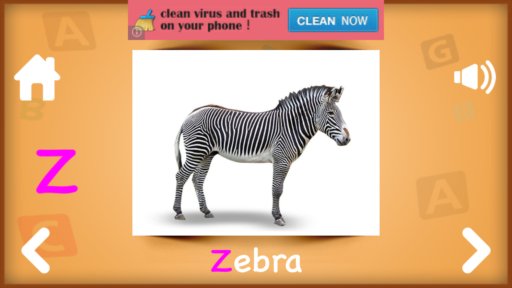 ABC for Kids All Alphabet Free will also practice the alphabet by showing the entire alphabet and then letting the kids tap on the letters.

Each letter will then be read out, it’s pronunciation played. Three objects are also showed following the letter so that kids can better understand. Left and right arrows are there to switch between letters.

Get ABC for Kids All Alphabet Free.

Out of the alphabet learning apps from the list above we have two favorites, Kids Learn Alphabet Game Lite and ABC for Kids All Alphabet Free, first and last from the list. They both have a nicely setup interface, suitable for children, games in Kids Learn Alphabet Game are very fun and addictive, which is good and ABC for Kids can be used for additional practice. Leave comments down below and tell us which apps you think are great.