Angry Gran Run, is a free Windows 8 Running Game app. This is another Windows 8 game app in the race of free running game apps, where you have to run, jump, dash, slide, and avoid colliding with any of the obstacles, that come on your way; like Temple Run and Subway Surfer. Here also, you have to collect as many coins as possible during your run and also some extra bonuses and powers, that helps you in grabbing more coins.

And, using these collected coins you can then upgrade your character’s powers, and buy some other characters; each having their own special powers. And, just like these other free running game apps, you’ll also play for the daily challenges and missions, completing which awards you with some extra points. 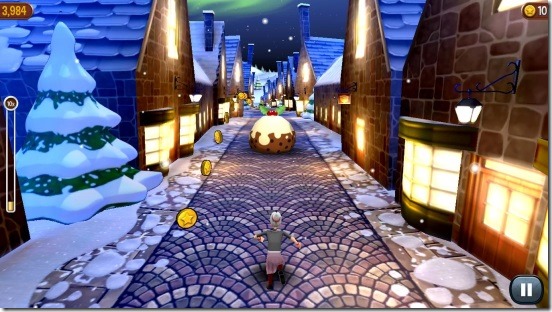 This Windows 8 running game app does remind you of Temple Run and Subway surfer, but there are some more features about the gameplay of this free running game app, that makes it fun, challenging, and a good free Windows 8 game to play.

It’s true, that the game’s concept is somewhat similar to that of Temple Run and Subway surfer. Still, it’s fun and refreshing to play the game. The name of the game itself sounds interesting, funny, and kick ass. The game has a good and kind of funny backdrop, and it is: that the hot-headed Granny has been locked away in an Angry Asylum, by her enemies. But, somehow she busts out of the asylum, and now, it is you who have to guide her through the streets of New York and Rome, so that, she can bash the bully punks out of the street, and collect coins along with avoiding aliens, dinosaurs, and other crazy stuff. 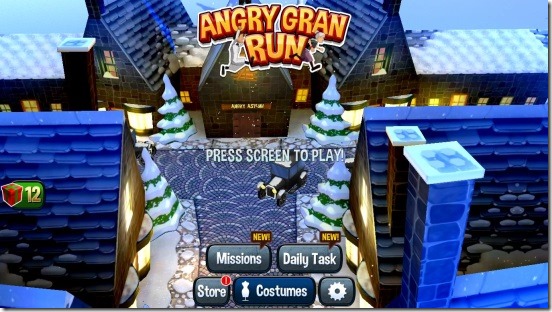 Following screenshot is also one of the reason that you should play the game: 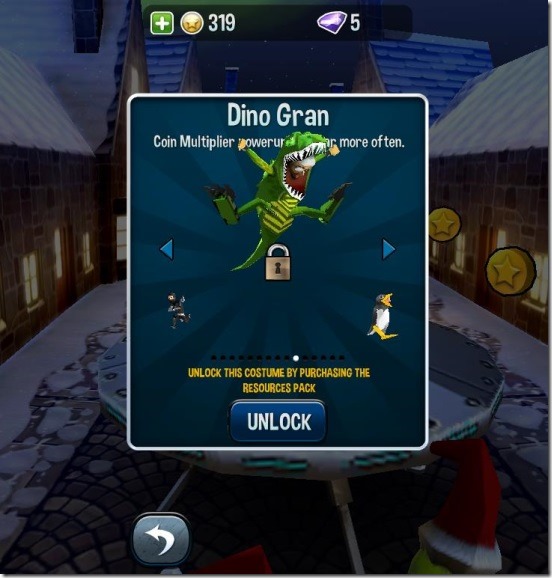 The gameplay of this free running game app, matches the gameplay of Temple Run. But, it does has some more interesting features as well. Here also, you have to avoid pools of gift boxes, stick candies, moving vehicles, dinosaur, street lights, bridges, aliens, pits holes, and lot more. At the same time, you have to bash the bully punks out of the street. And that’s not it, you have to collect coins, bonuses, and powers as well. 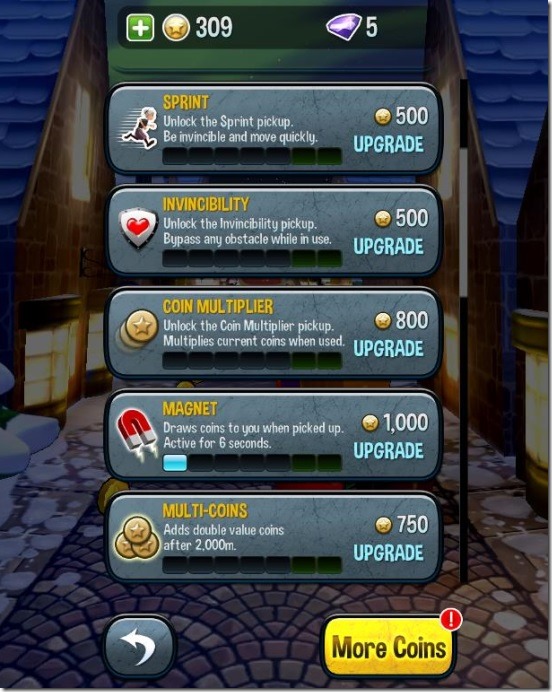 Since it’s a free running game so the game doesn’t end, until you don’t collide with an obstruction. 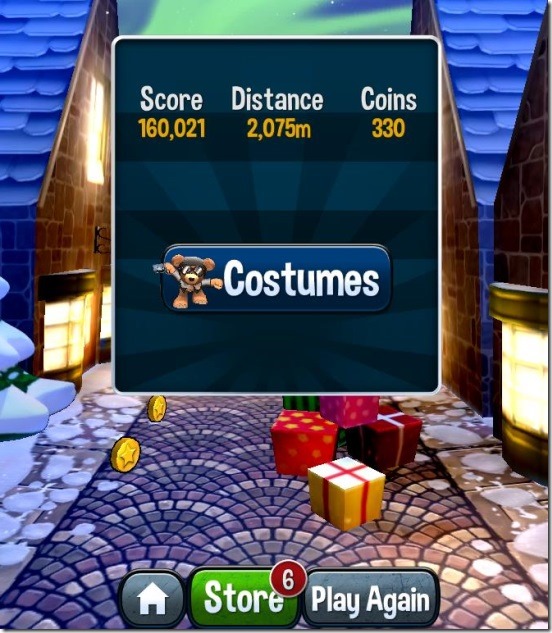 The game is very fast paced, and needs your continuous attention. The moment you take your eyes off the game, you might end up colliding. So, play the game with complete attention, and survive the longest, to collect the most number of coins. Using which, you can unlock other characters and upgrade your powers; and also don’t forget about the missions and challenges. 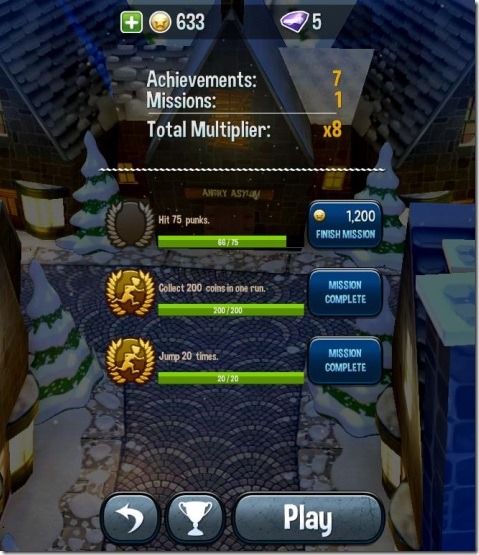 Angry Gran Run, certainly is a good Windows running game app to play. The simulations work well, so does the controls. However, the music can be improved little more. Still, if you don’t like it, then you can mute the sound. There’s a lot of points that works in the favor of the game, making it a good free Windows 8 game app to play.