Zombie Faceball is a fun filled Windows 8 Zombie Game. In this game, you have to hit the zombie’s head as a ball and have to reach a predefined distance. You also have to ensure that the survivors whom you are saving are not killed by the Zombie.

In the game, there are various points and things, hitting which you will be able to gain certain advantages like doubling the power, and other things. Things like TV’s, birds, exploding Barrels, Crow, and other things are available here. Unlock new Zombies like Pogo Elvis, Prom Queen, Flaming-Skull Rascal and more!!!!. One thing more, if you are able to protect all the survivors, you would be awarded extra. 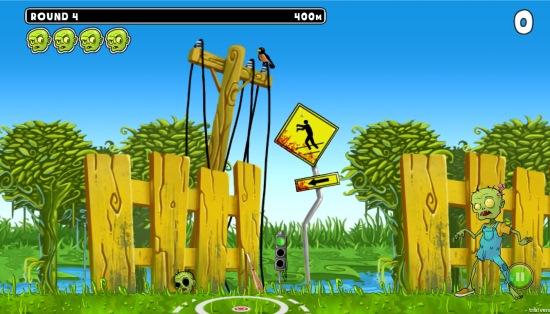 Zombie Faceball is freely available in the Games category of the Windows store.

When we launch the game, all the options of the game will be shown at the landing page. 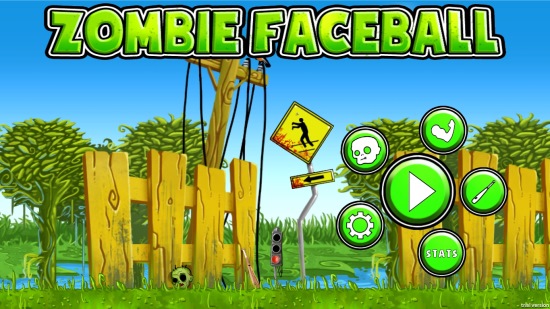 Now, you can start the game.

The controls of the game are quite easy. You just have to press the left mouse button and have to drag the cursor to hit the zombie. Just there is one thing, make sure that you hit me at the right point and with the right force, so that the head of the dead dude reaches a good distance.

When you begin the game for the first time, the rules of the game would be shown to you. As you begin, you would be shown a target distance.  3 survivors would be tied up. 5 zombies will try to attack the survivors one by one. You have to hit the zombies at the right point and with the right strength such that the zombies’s heads reach the mentioned distance. If you are able to do that, a new level with a new target shall be unlocked. 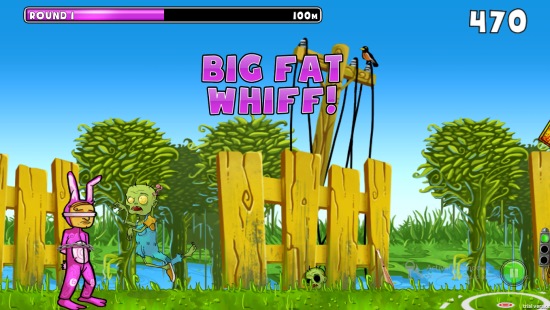 Start this way, and you would enjoy your way through the game. Also, one more thing I would like to mention. There are some important things available in the game like floating TVs, birds, crows, tyres, and others, hitting up to which we will be gaining points and level ups.

The zombies that come during the game, also change after we achieve a certain level. New zombies like Pogo Elvis, Prom Queen, Flaming-Skull Rascal, and more can be unlocked. Also, there is an option to upgrade the weapon for hitting.

Try the game, and have a good time beheading the dead!!!!!

Zombie Faceball is a good Windows 8 Zombie Game, with easy controls, and nice game play. Its free availability, good graphics add to the reason for trying it. Share your experience of the game with us.