This tutorial explains how to show programs of all virtual desktops in Windows 10 taskbar.

Windows 10 come with its native feature to create and use virtual desktops. By default, the active desktop in Windows 10 shows the icons of only those programs in taskbar that are opened on that particular desktop only. To view other programs opened in some other virtual desktop, we need to switch to that particular desktop. This sometimes creates confusion as you might not easily find where a particular application or folder is opened.

However, there is a feature in Windows 10 using which you can view programs opened in all virtual desktops in taskbar within the currently active desktop. You can also change settings to default whenever needed.

How To Show Programs Opened In All Virtual Desktops In Windows 10 Taskbar?

Here are the simple steps:

Step 1: Go to ‘Settings’ and click on SYSTEM menu. 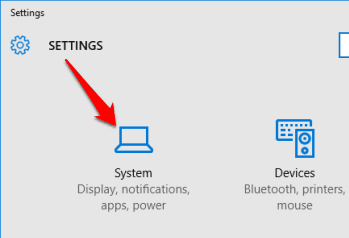 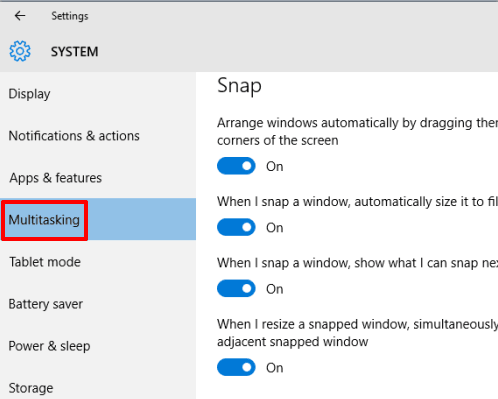 Step 3: Go to Virtual Desktop section. You will see that default setting to show windows on taskbar is set for active desktop only. Use drop down icon and change this setting to “All desktops“. 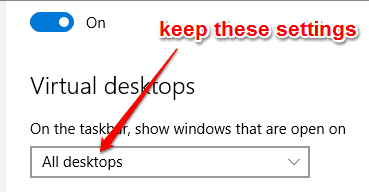 The changes are applied instantly. You will notice that now icons of other programs opened on other virtual desktops are also visible on the taskbar.

I think this feature is quite useful when you have opened bunch of programs on each individual desktop. You can easily check how many total programs are running directly from the active desktop. Use this feature as per your need.