Its a continuous never ending game in which game gets over when you commit one mistake. The game is extremely simple with no extra integration like Game Center, Score Sharing, social media sharing etc.. 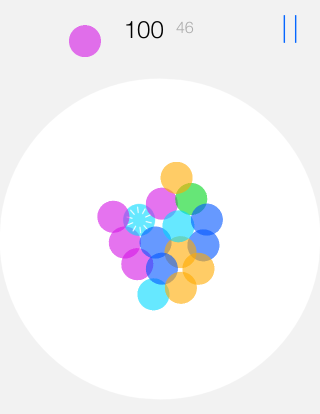 Gameplay of this iPhone Arcade Game to Match and Burst Balls:

The game is very simple to understand and yet its fun to play. When you will launch the Balls app, you will see the interface shown in the screenshot below. It displays your Best Score along with the Play button. 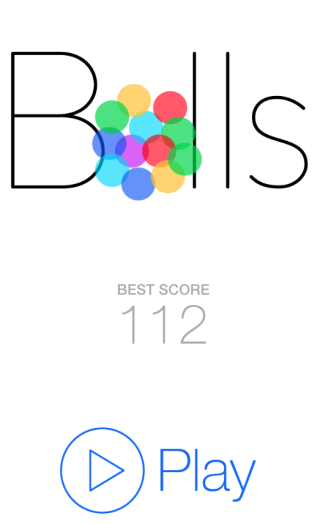 Tap on Play button to start the game. The game starts with 4 balls of any color being placed at the center of the circle. While rest of balls keep falling from the top of the screen at different time intervals. Your aim is to move the balls at the center of the circle in such a manner that same color balls are aligned together. You only have to swipe in that direction in which you want to move the falling balls.

If you succeed in matching 4 balls of the same color, then they all will disappear and you will earn points accordingly. If you fail to match 4 balls of the same color, then the bunch of balls will keep growing. The bunch keeps on growing until the balls hit the circumference of the outer circle. As soon as the balls touche the circumference, your game gets over. 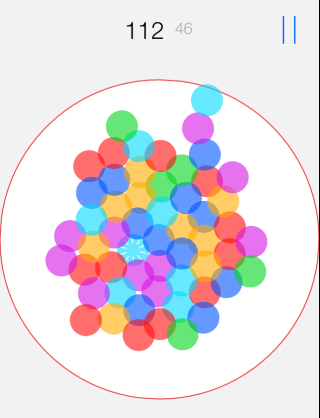 At the end of the game, the app displays your score as well as the best score. If you want to play the game again, tap on Play option. 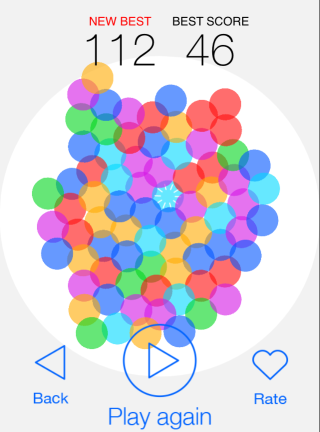 You may also like: iPad Game with Endless Flying Mode.

Balls is a good iPhone arcade game which has potential to keep you engaged with it. It’s a simple game with no advance options but still, it can prove to be really helpful when you are looking for some quick fun and pass the time.