Here’s a list of 4 best driver backup software for Windows 10. Reinstalling Windows gets pretty monotone after you’ve done it a certain number of times. Hunting down drivers will take up most of the time, so backing them up, if you can boot up the original installation of Windows, will save you a lot of time. Backing up drivers isn’t just a good practice when reinstalling Windows. It’s also a good thing to do as a precaution in case something goes wrong and you need to reinstall drivers later on. Driver backup software let you create backups that you can then easily restore after disasters. 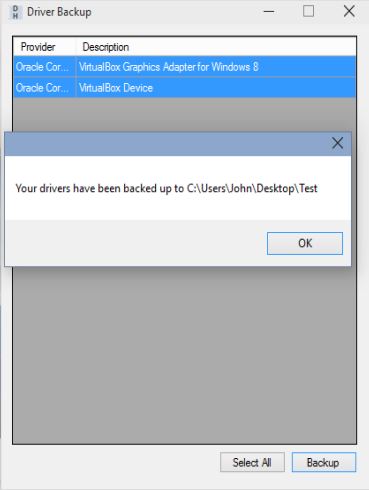 Driver Backup by Aporah is a portable driver backup software which runs perfectly fine on Windows 10. A drawback of this software is that it only performs backups. Drivers cannot be restored through the application.

During backup this application copies the entire driver directors from the Windows folder for the selected device. To restore drivers from backups, they will have to be installed manually through the Device Manager using the “Search for drivers” option. Make sure to select the backup directory location when searching for the install directory of the drivers.

Get Driver Backup by Aporah. 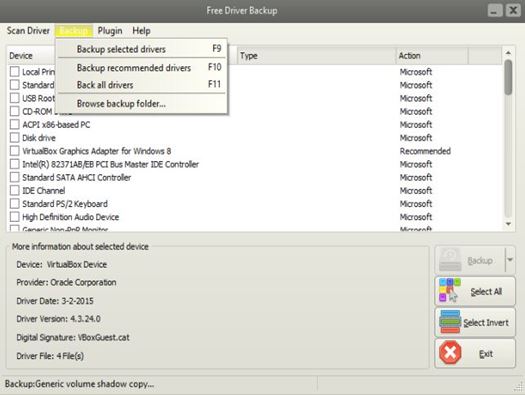 Free Driver Backup is much more advanced than the previously mentioned driver backup software, but the downside is that it isn’t portable, installation is required.

Interface is very smooth and modern looking. By default only the non-Windows drivers, the ones that aren’t included in Windows are going to be listed for backup. This can be changed using the top left corner toolbar menu. During driver restore, the application will detect the devices with missing drivers on your system and offer you instructions on how to restore the drivers from a backup.

Also, have a look at Double Driver – Freeware to Backup and Restore Drivers. 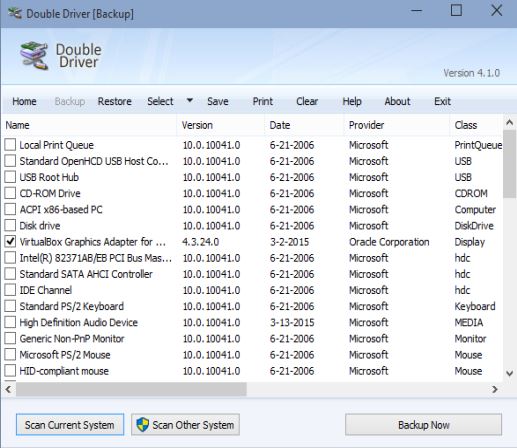 Double Driver is basically a mix between the two previously mentioned driver backup applications. It’s portable and I would dare to say even more advanced than Free Driver Backup.

I personally used Double Driver a couple of times in the past and it worked fine. First you need to visit the “Backup” option from the toolbar at the top. There you need to perform a backup of all the drivers in a directory somewhere safe, like the D partition (the one that won’t be formatted) of your system or a thumb drive. When performing driver restore, you’ll need to open up the Restore tab. Double Drive automates the process, but you’ll still need to allow the installation of drivers. It’s the usual “Continue anyway” dialog that pops out during driver install. 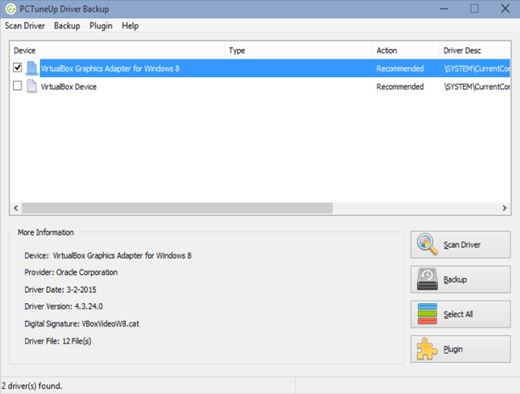 Backups are basically driver folder copies from the Windows directory, so the same manual setup is needed during restore like it is the case with Driver Backup by Aporah. Other features include registry, cookie and IE favorites backup.

Driver backup might not always work like it’s intended for every single device (modern graphics cards require manual installs), but it’s still something worth giving it a shot. I had most luck with Double Driver, so I suggest that you try it first. Free Driver Backup follows close behind in second place. Let me know what you think in the comments down below.