Now Google has added OCR feature to Google Translate Android app. The new OCR update of Google Translate app has made it more useful and impressive in terms of translating different languages.

Now you can translate any text by just taking its picture from your Android camera. Let’s say you visit a foreign country, and come across road signs in a language that you don’t understand; or see a restaurant menu in a different language. You can just take a photo of them, and translate that text via Google Translate app of Android. 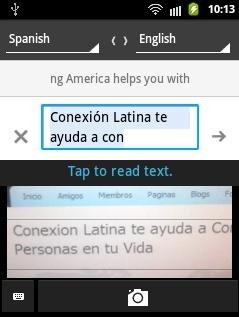 Apart from new OCR update, the app also has multiple other features which lets you manage the app in a better way. You can also use text to speech which is also another way to keep typing of content away. Just speak the content which you want to translate and the app will identify and translate the content automatically.

The handwriting option of the app is another nice part. Instead of typing using the device keyboard, just write the content in your own handwriting and the app will convert the text written into the desired language.

How To Use New OCR Update In Google Translate:

Step 2: Launch the app and select the desires languages.

Step 4: After a while, you will see the camera activated and ready to take the text image.

Step 5: Keep the camera in front of the text and click the image.

Step 6: Select the part of the text which you want to convert from the whole text image clicked.

Step 7: Google Translate app will automatically identifies the text and fills it in the empty text field.

Step 8: Now, you can click on convert button to convert the text image to the desired language. 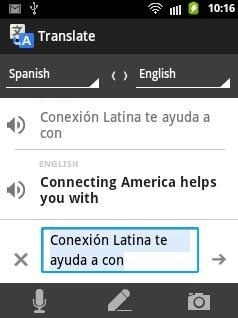 Some features Of Google Translate App:

Click here to download and install Google Translate app from Google Play Store or you can scan the QR code below. 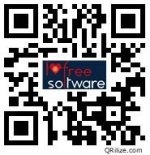