This tutorial explains how to stop Twitter videos from auto-playing on PC, iPhone, and Android.

You might have noticed that all the popular social networks like Twitter, Facebook, Instagram, etc. have integrated a feature that automatically play the videos each time you browse a video post on your timeline. There may be some kind of videos which you are not likely to watch or contains irrelevant content, but this “Auto-Play” feature doesn’t have any option to filter out videos and plays almost all the video posts automatically.

So, in this tutorial, I will show you how to stop Twitter videos from auto-playing. No third-party tool required to do the same, as you can simply edit some default Twitter settings to stop auto-playing videos on PC, iPhone, and Android. 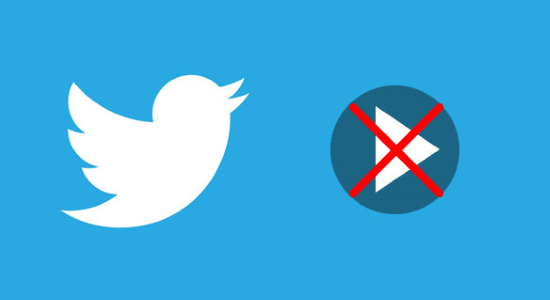 How to Stop Twitter Videos from Auto Playing on PC:

Step 1: To get started, the first thing you need to do is open up Twitter on your desktop browser and then login to access your account. After that, simply click on the “Profile Photo” icon at the top-right corner of the screen and then select “Settings”.

Step 2: Now, under “Account” tab, scroll down to the “Content” section. There you’ll see an option named, “Video Tweets” which you need to uncheck in order to stop video tweets from playing automatically. Its as simple as that. 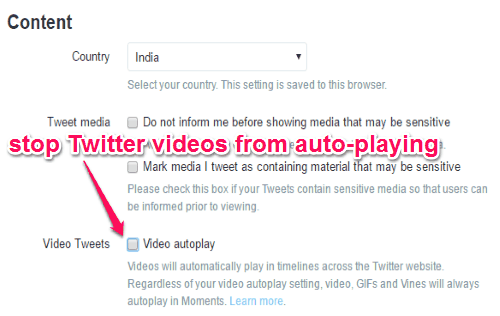 How to Disable Twitter Videos from Auto Playing on iPhone:

Step 1: Now, if you would like to disable Twitter videos on your iPhone Twitter app, then simply open up the app and tap on the “Profile” icon at the bottom. After that, tap on the “Settings” icon adjacent to your profile photo and then select the option “Settings” from the list.

Step 2: After that, scroll down to the “General” settings section and then tap on “Data”. As soon as you do that, you’ll be able to see an option named, Video Autoplay. Simply tap on this option and choose “Never Play Videos Automatically” to stop video tweets from playing automatically on your Twitter app. 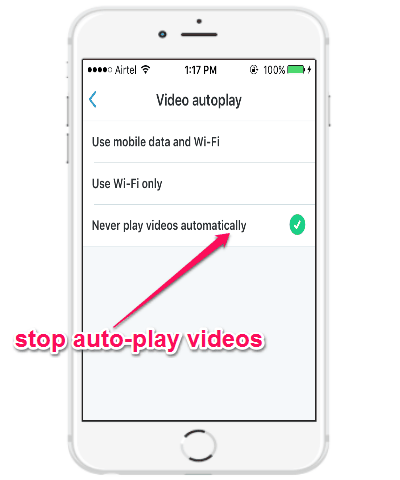 How to Prevent Twitter Videos from Auto Playing on Android:

Step 1: Preventing Twitter videos from auto-playing on Android is also is a simple and easy task. First, launch the Twitter app and then tap on the “Profile” icon at the top-left corner. After that, select the “Settings” option from the list. 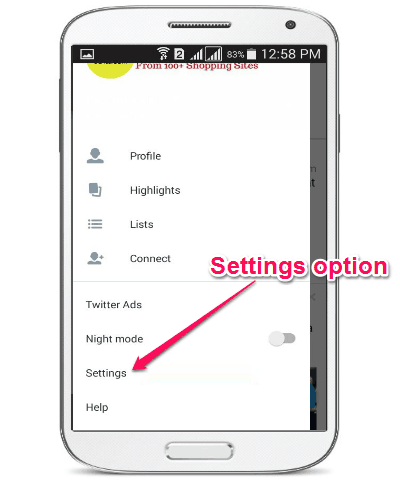 Step 2: As soon as you do that, simply scroll down to the bottom and tap on the “Data” option. Now, you can hit the “Video Autoplay” option and then select “Do Not Play Videos in Timelines Automatically” to disable auto-play video tweets. 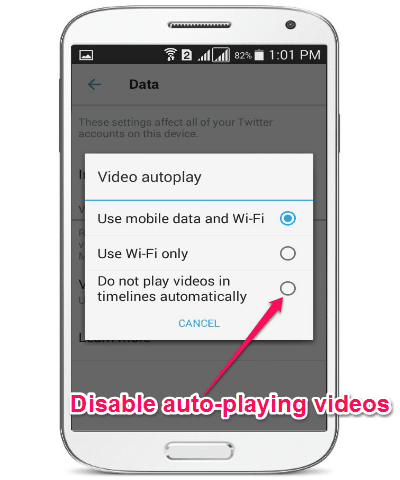 If you’re looking for a way to stop video tweets from playing automatically on your timeline, then you can simply go through the steps mentioned in this tutorial. I have explained how you can do that on PC, iPhone, and on Android phone. So, no more Twitter videos auto-playing on your Twitter feed.