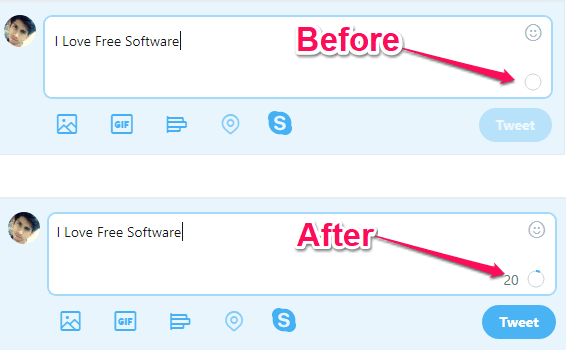 To get started, the first thing you need do is install the “Tweet Counter” extension on Chrome browser. The homepage link is provided at the end of this tutorial.

After you do that, the extension will be activated automatically and it doesn’t require any manual configuration to work.

Now, when you will type anything in the tweet, you will see that the tweet character counter will show the exact number of characters you have already written in real-time. This works exactly the same as the old character counter of Twitter which they have removed.