A time lapse video is like a dream come true for us modern humans, who apparently aren’t able to keep the focus for longer than a couple of seconds, let alone minutes. Creating a time laps can be tricky if done manually. Luckily, there are apps that help automate the process.

Framelapse – Time Lapse Camera is a high customizable time lapse video shooting app with a slick and easy to use interface. 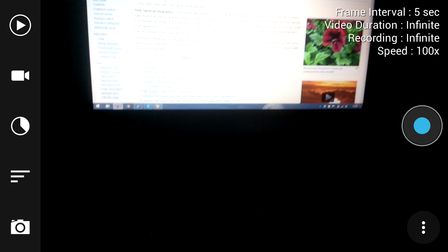 Current setup of the time lapse video can be seen in the top right corner. You can change the duration of the recording time, interval in which frames are gonna be taken. You can also zoom in, autofocus, change video quality and dozens of other video settings can be changed and tweaked.

Lapse It is much simpler to setup than Framelapse, but in the end both of the apps will do a good job. 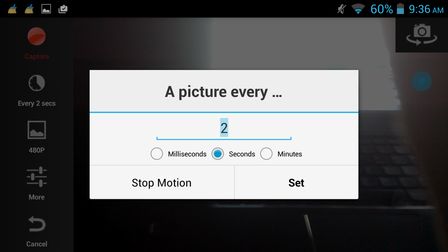 Tap on the default “Every 2 secs” option from the toolbar on the left to change the interval in which frames for the time lapse video are taken (adjust it in milliseconds, seconds or minutes). Video quality can go up to 1080p and image frames can be imported from the gallery and then combined in a time lapse video. Both front and back cameras are supported. Public gallery exists where you can publish and share your time lapses with the world.

Get Lapse It • Time Lapse Camera.

Also have a look at Hyperlapse From Instagram to Shoot Time Lapse Videos. 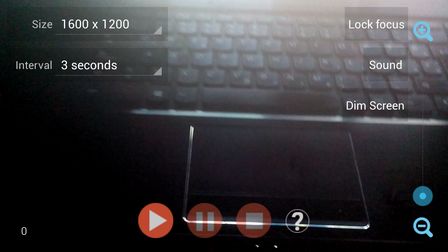 Adjust the frame interval and video resolution in the top left corner of the screen. Turn on/off sound, zoom in, etc. PicPac is another time lapse video shooting app that sports a public gallery, where you can publish your own work, and watch what other people have shared.

Microsoft Hyperlapse  is a simple time lapse video shooting app where you first record a video and then speed it up later.

Also have a look at Create Time Lapse Movie with Webcam.

Time Lapse Camera is one of the easiest apps to use. You get two options to create either time lapse photos or time lapse videos.

Time Lapse Camera is perfect for shooting changing objects. The app offers a night mode shooting option which enables you to achieve beautiful effects even while shooting in the dark.

You can add your favorite music to your time lapse video easily. The app is simple and quiet intuitive to use. Plus there are no ads in the app which is a additional bonus apart from it being free.

It’s hard to pick any one app from the ones that I covered above. PicPac and time lapse camera might have a small advantage in my opinion because it can create time lapse video from previously taken sequences of images. Leave comments with your thoughts and suggestions down below.