Coin Dozer is an Android game that you can play in your free time. This Android game is the virtual version of Penny Pusher, the famous carnival game. It is a very simple yet addictive game in which you have to collect special coins, prizes and puzzle pieces by dropping gold coins to push the pile of treasure. The game gets even more interesting as you go up the levels and collect XP.

Coin Dozer promises hours and hours of unlimited fun. Collect puzzle pieces without letting them doze off the sides. You will get a big reward once you collect all the pieces. One by one you can keep collecting and unlocking new puzzles to complete a full Carnival scene. 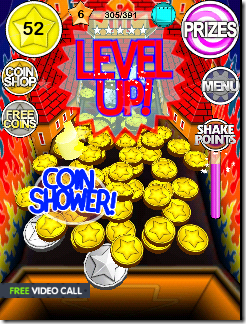 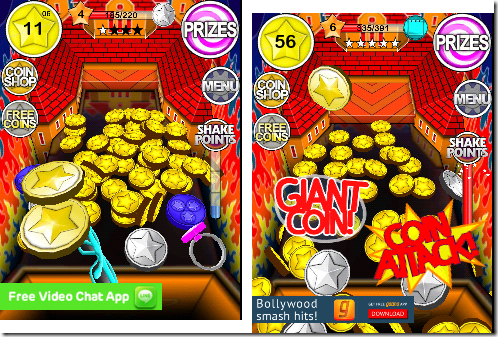 Like many other Android games, Coin Dozer is also fun to play all the time. There are so many interesting features that made me addicted to this game just after I played it once. In the game, you have to complete levels by dropping gold coins onto the dozer so that the coins and prizes are pushed forward towards a box. The goal is to collect as many coins and prizes as you can in the box without letting the treasure doze off the sides.

Cute prizes like teddy bears, puppies, fishes, sunglasses, umbrellas, cars, dice, gems, hearts, whistles, and yoyos can be collected in this most-played Android game. Each prize line has four of these items. You have to collect all the 44 prizes to get bonus coins. Also collect all the puzzle pieces to gain bonuses. 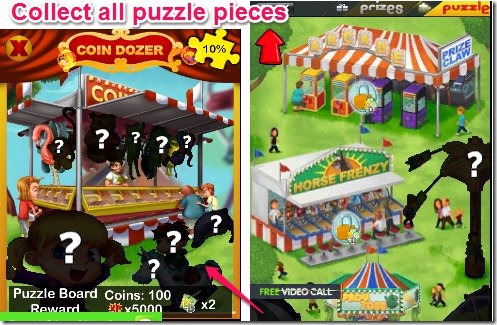 You gain XP points as you collect bonuses. You also get Shake points in the process that, once filled can be used to shake the hover and let special coins and prizes fall into the box. You can collect all 44 prizes. There is no time limitation but the coins are limited. But there are various ways in which you can earn these virtual gold coins. These are listed below.

Also try some other popular Android games like, Cut the Rope, Jetpack Joyride.

Coin Dozer is an Android game that is played and loved by many Android users. It is a relaxing game that can be easily played while you want to pass some time. It is the virtual version of the popular carnival game, Penny Pusher. If you have never tried Penny pusher, try this cool game.